You are here: Home » Prophecies » California » Welcome to California, where wrong is right and right is wrong. 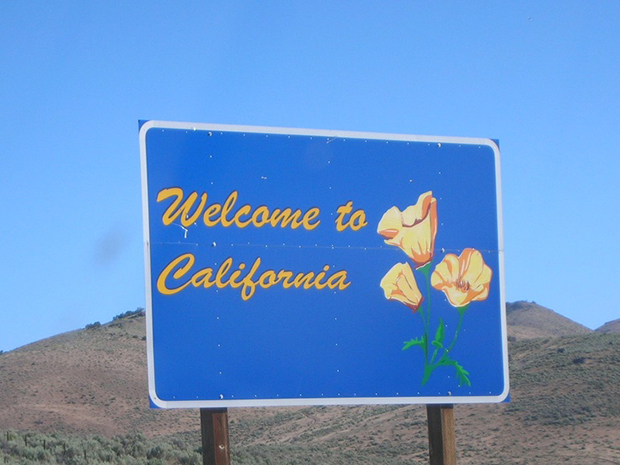 What is it with California? Is there something in the water? Maybe it’s the air. I marvel at how they consistently call good evil and evil good, and how they refuse to enforce laws against criminals while demanding to criminalize innocent citizens.

New legislation there bans kids from attending public schools unless they bow down to the almighty state, allowing poisonous toxins to be injected in their bodies through mandatory vaccinations. Meanwhile, the same legislative body is now preparing legislation to prohibit law enforcement against illegal aliens who commit crimes.

After California’s tough new immunization law, eliminating religious and philosophical exemptions for vaccines, unvaccinated kids can no longer go to public schools in the Golden State. As one of the leading proponents of forced vaccination, Dr. Richard Pan – the same senator who sponsored last year’s mandatory vaccine campaign – is back with a new proposal to gain even more control over children’s lives. If we let him have his way, he will make vaccines mandatory for ALL children living in California.

While California is criminalizing parents for refusing to vaccinate their children with toxic substances, it is also planning to release real criminals on the streets under the so-called “Sanctuary State Bill” or Senate Bill 54 (SB 54), the Zero Hedge reported.

Earlier this month, legislators in Sacramento pushed SB 54 one step closer to reality after it had been cleared by the State Assembly’s Judiciary Committee. According to Senate President Pro Tem Kevin De Leon, SB 54 intends to prevent the police in California from helping the “Trump Deportation Machine,” reported RT. (Source: Naturalnews.com)

It makes me wonder how long will God allow such nonsense to continue? He is truly slow to anger and great in mercy. However, several California residents have recently shared testimonies of being instructed by God to move away, so it sounds like judgment is coming.

The consequences for unrighteousness are painful. Illinois has already run out of money. Can California be far behind? I am amazed they’ve lasted this long.

6 Then the Lord passed by in front of him and proclaimed, “The Lord, the Lord God, compassionate and gracious, slow to anger, and abounding in lovingkindness and truth;
7 who keeps lovingkindness for thousands, who forgives iniquity, transgression and sin; yet He will by no means leave the guilty unpunished, visiting the iniquity of fathers on the children and on the grandchildren to the third and fourth generations.” (Exodus 34:6-7)

My wife and I live in Huntington Beach, Ca. What this state is doing is disgusting. Surely severe Judgement is coming, which is why when the Lord gives us the go ahead we are leaving the state. I don’t want to be here when judgement hits

We live in Apple Valley. I have been praying for years that doors will open allowing my family & I to flee this formerly great state. I was born and raised here. Truly sad.

A few months back I had two dreams, just a couple of days apart from each other. The first: To the left was an ocean and to the right was land. I knew this to be the state of California. I was high above looking northward. It was dark but I could see people fleeing from the north screaming, as there was fire covering from east to west moving southward. It engulfed the people as it moved. The second: I was in a two story house, felt like the canyons in California, looking out the window. I saw a wild fire out in the distance. I told everyone to get prepared to leave. NO ONE in the house, but my husband and son would get ready. Looked again it was closer. “Come on we have to pack up”. Still no one would prepare. I went to the front door and the fire was across the street. My husband, son and me threw our stuff in a truck and left. The end! It is coming folks. Praying we prepare as we are led to do and keep speaking the great name of Jesus to all!

That is why I am so thankful that we moved from California back in the early 1960’s. Every time I visit relatives over there I am depressed at the way everything is so run down and dreary. Glad God brought our family to Australia all those years ago. I pray my relatives still there move out soon.

Michael, I also have kin there in California, unsaved. Keep praying for hearts to open to the WORD. May GOD use you in a mighty way in Australia.

Sheri, I live here in Long beach,CA. I too go and talk to the homeless and those whom the LORD directs and you are correct many have bibles. A day is coming of judgement let us pray and intercede fasting and action. If we as saints don’t put pitch on the ark as noah did who will? A double portion of his spirit is coming Many a people i have been granted to meet have not seen a true born again christian or know one and their smiles light up, therefore let us go before and let our light so shine that our father in heaven is glorified. nobody puts a candle underneath a bushel lest it catch on fire but is put in the middle and all see the light. Father I pray grant thy servants words of salt that those that hear them thirst as a deer that panteth for the brook for thy son King Jesus Christ thank you blessed father in Jesus name. Peace of Christ

Let Our savior be glorified, that no man or woman receive glory due unto his name King Jesus Christ. We bless you too. The Lord bless and keep you and the Lord lift up your countenance make his face shine upon you be gracious to you and give you peace. Peace of Christ sister in Christ. Praise to you Jehovah- El olam.

AMEN! It’s absolutely nuts here in the SF Bay Area and people (in general), are rude, unfriendly, materialistic, shallow and empty. They seek out any and all distractions, are riddled with anxiety (speaking of a couple close friends) and refuse to believe that Jesus Christ is Lord. PRAISE GOD he’s moving me to North Carolina in September.
I’ve known that I was not meant to stay here. As a single woman preparing for ministry, I would be lucky to afford an apartment w/ roommate(s) in a highly unsafe area. California WILL be judged, or perhaps it’s already in progress. The gross perversion and debauchery (see Folsom Street Fair in September) far exceeds anywhere else I’ve lived or visited w/ the exception of L.A.

Lord, please come quickly. I live in Mobile Al. and just yesterday my sister called me and said a young 15 year old boy showed up to soccer practice with more makeup on then she did, with dark red lipstick on. These poor kids are so confused.

I have always wondered why I could never bring myself to leave Montana for good. In the last several years it has become crystal clear that this is where God has always wanted me. Feel very, very blessed for that.

I felt a strong voice from within prior to the Ebola scare in 2014 to exit CA. Eventually the feeling plateaued but the urgency never ceased. We left San Diego just prior to Halloween ’15. Six weeks later, my wife’s former company pulled the plug in San Diego. Call it coincidence…call it divine…we are grateful to have made the leap of faith just in time, as our children would also have been subjugated to the vaccine protocols for the following school year.

May the Lord bless you neighbor. I too live in this sickening city I pray the Lord comes quickly.