You are here: Home » Prophecies » New Books Are Being Birthed Now! 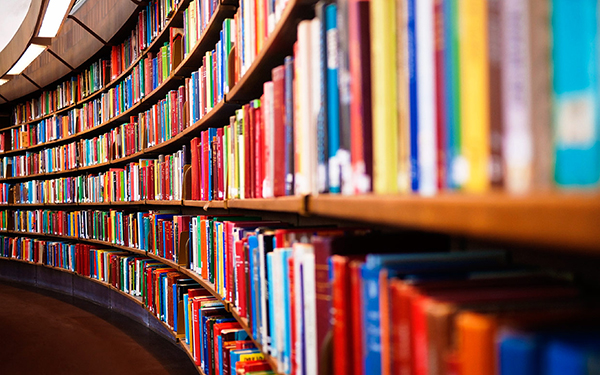 Recently I had a vision where I saw the throneroom and Jesus was picking up very LARGE, THICK books. One at a time He opened them and I knew He was opening them over the lives of many of His people.

As He did, I saw these pages were SO ALIVE and almost made of water, as I saw what looked like rivers flowing in the pages.

Suddenly, it was as if the underside of the book got a huge hole in it and the rivers of rushing water started pouring out and falling like a mighty rushing waterfall.

The atmosphere was so pregnant with the sense of life giving revelation and keys of breakthrough.

I then heard the Lord say “New books are being birthed right now. They will contain great impartation for encounter with Me, revelation, refreshing, direction and bring great shift to the body of Christ and the world. 2017 will have an increased grace and acceleration for publishing.”

“My specific direction is being released through these manuscripts.”

Many of these manuscripts will restore the TRUE NORTH into people’s lives, cities and nations to awaken destiny!!!

NOW is the time for many of you to receive the revelation from His heart in waterfall proportions and see His manuscript through you SUDDENLY grow wings and fly!!!

Lana you would freak out (or rejoice)if you knew how applicable this Word is for me today…even this morning. I cried out loud by the time I was finished and even now..just overwhelmed by how amazing our Lord is. After a sabbatical in my wilderness and cave, I have began writing again, and have been published online twice in the last few hours, with more to come – just like that.

As God’s messengers, we carry a message, and these revelations and impartations will continue and increase because they are not of us or by us, but certainly for us. May His will be done always in our lives no matter what form they take in our lives and ministry. Thank you for posting this…all I can say is wow, thank you Lord you are so so great in your ways, and I am small. Send me, Send me.

Lana, I felt like screaming when I read this article. I just published my fourth book four weeks ago and I sensed the Lord saying to me I will write my fifth next year! I was like, so soon God? This word has got me all excited and I am truly encouraged as I am seeking the Holy Spirit as to what He wants me to write about next. So thank you my sister for this word!

Blessings Lana , this brought to mind Malachi 3: 16-17 Then they that feared the LORD spoke often to one another : and the LORD hearkened and heard it , and a Book of Remembrance was written before HIM for them that feared the LORD , and that thought on HIS Name . And they shall be mine , says The LORD of Hosts , in that day when I make up MY Jewels ; and I will spare them , as a man spareth his own son that serves him . Then shall you return and discern between the Righteous and the wicked , between him that serves GOD and him that serves HIM not . I love these end time verses !

Thank you sister for your words of encouragement

Wow, hopefully promises of exciting times are ahead in 2017!

Hi. Yesterday, I asked God for independent confirmation that the book I’m just finishing up is something God wants published. (vs tossing the completed manuscript in a drawer because I am not confident anyone would want to read it.) It’s my first novel ever.

This word has stunned me in the directness of its answer to my request. Thanks for posting this! I’m going to proceed with self-publishing.

Lana: Two things were revealed to me by your revelation from the Lord. One, the book I have been putting off writing, its now time to get to that. Second, the rivers of living waters. I had an open vision some years ago wherein my heart was laid open, cut in two and I could see all of my blood replaced with His living Waters. I will never forget that experience, because while an open vision, I was in it and experiencing it as though it were happening in the natural realm. I think I wrote about that on my blog and will try to find it. Here it is.

I receive this Word! Thank you. Here, again, is the book that was birthed from walking this walk with HIM….desperately wanting to get free—BUT NOT WITHOUT COST…..Truths that are not being taught to His people. And many, sadly, don’t want them…….

“Return to Pure Worship” Christianity and the Traditions of Men
If you click on my name…it will take you to my book website.
I have shared a several chapters in the book on this site……
Our God Reigns!
Bobbi