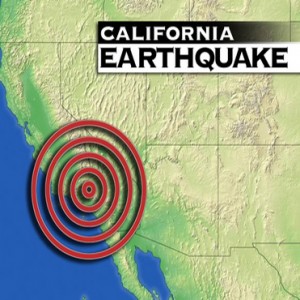 Speaking at a “Blue Moon Conference”, Bob Jones shared the following prophetic word regarding a coming earthquake in California.

“I believe the next one is getting ready to happen when this volcano will erupt when the plates can’t take the pressure anymore. And I believe the pressure are melting the plates down there to where this has got to be vented, and these earthquakes are just a sign of what is getting ready to happen. It’s getting ready to blow! When it does, it will break loose all the way to the Sea of Cortez, right up the Los Angeles River. And that plate in there will separate from the United States, and you can drive a boat up that river. You can go from the Gulf of Cortez to the Pacific Ocean. And Death Valley will be a great inland sea. And we aren’t far from that.”

There is no date given regarding this earthquake. However, Bob Jones has been warning about it since the 1980’s. The Lord told him there would be two signs that would mark the season when the earthquake is getting close. The first sign is a major earthquake would hit Japan. The second sign is large numbers of dead fish would wash up on the shore on the California coast. Both of these events happened in 2011. So now that those events have happened, the earthquake could hit at any time.

This same word has also been received by other highly respected men of God, including Rick Joyner of MorningStar Ministries. Rick Joyner also received this word many years ago. For years people who were living in California would ask him if they should move away. He told them to stay there unless the Lord told them to leave. However, after the signs of its’ coming were fulfilled, Rick Joyner sought the Lord about what to tell the people who came to him seeking direction. He said the Lord told him to tell them, “Don’t stay unless you hear the Lord tell you to stay.”