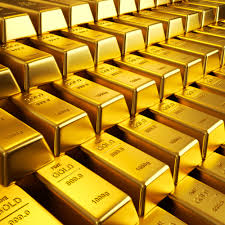 Based on his forecast model, which combines analysis of historical cycles with mathematical calculations, he posted the following statement on his website:

This September time point is expected to be the last take down on gold and silver before the inevitable and long-awaited short squeeze finally begins in October. For those expecting new lows for gold, that’s not going to happen; and those waiting for $1,000 or lower gold are about to miss the boat completely and will be stuck chasing higher prices.

He believes September was the best time to buy gold or silver for years to come because October 2015 marks the beginning of a new upward trend in prices. So far, it looks like he was right. He predicted a five-year descending bearish wedge in gold prices would begin to break October 7-9, which is exactly what happened. It broke by about $7 or $8 on October 9. As of today, the price of gold has increased about 6% since the beginning of October.

He believes that marked the end of a long-term downward price movement and the beginning of a new upward trend, so he sent out a mass email to his subscribers telling them the wedge has broken, so enjoy the ride up.

He is forecasting gold and silver will continue rising in October until it reaches an intermediate top in November 2015 followed by a pull-back low and an intermediate secondary top expected in December 2015. His forecasted dates for the peaks and lows are only provided to his subscribers.

He expects gold prices to reach a minimum price target of just under $10,000 per ounce in the years to come, based on his assumption the price follows similar patterns as occurred during the 1970’s and 1980’s.

The information shown is based on Bo Polny’s comments in two audio recordings. The first one is an interview with Future Money Trends posted on October 17 2015.

The following is the latest video posted on Bo Polny’s website:

Hope no one will have to flee 😅

That’s a lot of weight. Hopefully you don’t need to travel/flee with it, super heavy and takes up a lot of space in coins. That’s the only drawback to silver, the sheer volume and poundage just for several hundred dollars worth.

Thank you guys for your help.
I bought 25 kg of silver today. 🙂
I feel relaxed kind of .. Hahaaaa

Becca,
You are a very wise individual. May God Bless You!

Pastor Shane Warren (not a finance guy) had an open vision about russia, china and UAE/ OPEC nations replacing the petrol trading unit with a gold backed unit. Then the dollar was basically done over night and he saw “SILVER” go off the charts straight up. Look for his vision on youtube / this was in 2012 I think and he did NOT give a date or time other than the oil dollar replaced. The signs of that happening are growing ever stronger. I believe silver is a good move. Shane Warren has a good reputation as a humble man of God.

Becca,
If in doubt as to what to do to prepare Financially, please accumulate Silver. Today, at a minimum, the true value of Silver is between $75-$100 per ounce (as opposed to the paper price). The price is heavily suppressed as it is a key competitor to the U.S Dollar. I have been informed that the price will eventually reach $300 per ounce (on the low side) when the financial system collapses. Silver is manipulated (to a much greater degree) than Gold.
The ratio of Silver (in the earth’s crust) is around 15:1 as compared to Gold (therefore, at a minimum, the price should be 1/15th of the manipulated Gold Price today). Further, some Silver is actually ‘consumed’ in commercial activity (i.e. utilized in such small trace amounts) that is not recoverable (as opposed to Gold). James is correct in stating that ‘at the end of the day’ Silver should be accumulated for wealth preservation in order to help others.

Tim, I have ZERO doubt. I took out entire IRA and put it in silver. I believe it is all coming down. The fraudulent dollar is crumbling beneath the bankster facade. The criminality is staggering. My eyes were opened when I started to seek the truth. We are certainly NOT a democracy. We are a corporate fascist regime run by the global banking cartel. the whole republican/ democrat thing is nothing more than a puppet show for the masses, so that they can continue on in the dark believing they have rights and have a say. The “say” that we have is in the prayer closet – and that is powerful. Our “say” to Him will determine much about our individual survival of what is coming. Jesus told us in advance and then He said “see to it that your heart is not troubled” AMEN Thank you Lord Jesus

becca, this only verifies what Jim Willie has been saying (see yesterday’s Trunews) While some are playing the stock market and others hypnotized by the primaries a paradigm shift is taking place from East to West. It will be WW III or America colonized by China.

greetings everyone
i wish if someone has his forecast for this year so i can decide weather or not subscribe to his list
i dont know much about analyzing charts but i believe that we have a strange changing year for precious metals and stocks.
thanks

If you are not a trader… his gold index is all you need; but actually he puts so much out there for free – just follow his free videos and pray about it and you will have ALL you need imho. I am a Polny fan!

I wasn’t sure that he will include silver turning points since he didn’t mention it in describing the gold index.
But I will keep your advice in mind.
Thanks for replying Becca

Polny misses again. I have subscribed to his gold forecast (sorry to say). If you really want to know his track record go back and look at all his previous forecasts and misses. Also he keeps slipping his forecast dates. For example silver was supposed to hit $40-50 in April 2016. Now its May and $30. Your better off flipping a coin.

That’s a huge prediction, but it’s 17$ today. But how people from YouTube interviewed him and agreed to his right pridiction probabilities!!!?

careful here! It is all hyped up advice that has sent me nearly broke!

His track record is far from perfect, but at least in this case he was right, gold prices did move up.

Bo Polny has an update on his youtube channel “The 2016 GREAT Credit Collapse and Gold Silver Explosion” https://www.youtube.com/watch?v=qo9rHYJW8Ek

I figure holding silver or gold is better than holding cash. At least at some point it may be. I don’t know, if people need cash, they’ll sell PMs cheap to get it.

I started to listen to Bo Polny’s predictions due to his ‘reputed’ successful track record. However we are now in mid-November and so far there is no stock market crash, like Bo had predicted. This was a BIG prediction that he was sure of. I said to myself, OK, if he gets this right I will listen in the future. If not, well….I’m the type of guy where the first one has to be a hit or I’m not hanging in for a second.

Everyone can say a crash is ‘right around the corner’ and keep saying it. Weeks, turn into months, and eventually they will be RIGHT! Well, I can be ‘right’ like that with predictions also- and I’m no X-spurt.

Let’s see what happens, we got two weeks left in November.

I was surprised he was that precise with his prediction because there are so many variables with any forecasting model, but that is what he said and was even quite emphatic about it so we’ll see.