You are here: Home » Church » Judgment » “Now the blow of My disciplining rod is brought down violently on your back America.”
Share this post: 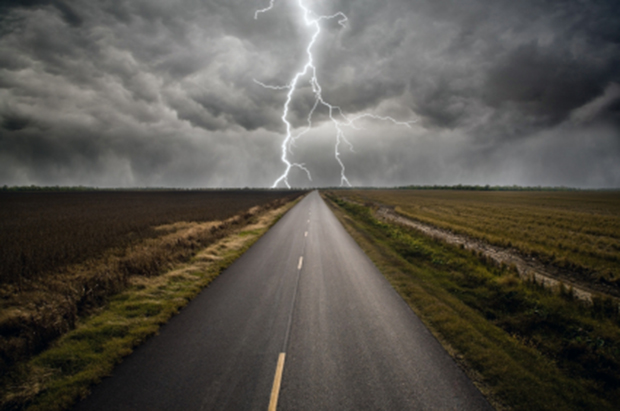 In the 8-minute video shown below, Caroline Diadem shares a prophetic warning for America, which she published on her YouTube channel on December 9, 2018. She received this word back on September 1 and posted it at that time, but YouTube removed it, so she recorded it again and published it again.

You won’t find warnings like this on most Christian sites because it doesn’t build large audiences, so it’s bad for business. Sadly, many American Christians prefer messages that tickle their ears, which eliminates messages calling for repentance from their sinful lifestyles and messages warning of for severe trouble ahead. No wonder the Bible reveals a great falling away from the faith is coming.

At the end of this message, Caroline shares a word she received about Bitcoin flourishing in the days ahead.

Thanks James for including me on your page.
Its good to get the messages out there,
Blessings, Caroline Diadem

And thank you for sharing what you’re hearing.

The Cascadian Subduction Earthquake fault is located along the immediate coast line of Washington, Oregon and Northern California and a bit is lower BC Canada. The scientists say the coming quake in this area will be a 9.5. There are You Tubes on this subject including one I made. God Bless

Incorrect on this point.

The Cascadian Subduction Fault Zone is located off the immediate coast line of lower B.C, right down all of Washington State, Oregon and the tip of N. California. I did a You Tube several months ago under my name explaining all about this MAJOR and terrifying earthquake fault.

WHEN IT RIPS THE ENTIRE WESTERN PART, WEST OF 1-5 WILL BE “TOAST” ACCORDING TO THE RESEARCHERS WHO STUDY THIS FAULT LINE. I LIVE BARELY A FEW MILES EAST OF 1-5, SO OF COURSE I’M VERY CONCERNED. I HAVE FOOD, WATER, FIRST AID, AND TENTING SUPPLIES READY. HOWEVER, I AM VERY WORRIED FOR ALL OF MY LOVED ONES. I PRAY OFTEN THAT THE LORD WILL PLACE EACH ONE EXACTLY WHERE HE WANTS THEM TO BE WHEN THIS MEGA QUAKE HITS. THE QUAKE IS PROJECTED TO BE AT LEAST A 9.5******* AND YES THE FLOOD GATES OF THE PACIFIC OCEAN WILL FLOOD THE ENTIRE INLAND AREA.

THIS WILL BRING American AT LEAST IN PART TO HER SENCES. YES, WE DESERVE GODS HEAVY HAND UPON US. sad to say!!!!

One of the oldest publications in America called The Atlantic warned these leftist-socialist coup plotters the catastrophic dangers they are headed for—and was thoroughly outlined in their just published article titled “What the President Could Do If He Declares a State of Emergency” wherein they warned “from seizing control of the internet to declaring martial law, President Trump may legally do all kinds of extraordinary things”. http://www.whatdoesitmean.com/index2733.htm

IMF Warns Storm Clouds are Gathering for Next Financial Crisis.
Deputy head David Lipton says global banking system is not prepared for another downturn. Crisis prevention is incomplete more than a decade on from the financial crisis, the IMF’s deputy head, David Lipton, said. The storm clouds of the next global financial crisis are gathering despite the world financial system being unprepared for another downturn, the deputy head of the International Monetary Fund has warned. The Guardian, 12-11-18

This interpretation is according to SF. I don’t necessarily agree with everything he says. According to some mesianic Rabbis the church is rapture at the sound of the seven trumpet. So which one is it? last seal or last trumpet? Or do we not know for sure when. I am still learning myself (baby Christian) The majority of the church in Latin America have been thought that the church will not be here for the judgements. Its believe the church will be rapture before all hell breaks loose on the earth. What about the comet that will fall in the Atlantic Ocean near Puerto Rico. Is that the sign?

Brother CVM , I have been doing this a while , we are all trying to figure out what GOD is doing from the info we have , and GOD has not told us everything yet , there are as many theories & opinions as churches . I am convinced the Jubilee ended Sep. 19th , I am in shock nothing life changing has happened yet ! So be prepared to be wrong a lot , as far as I can tell no human understands completely what GOD is doing . GOD has Judged the Earth before , so we have that example , what happened to the believers then . I believe the pattern will be the same . Brother CVM looking at all the prophases & words I don’t believe it is a comet , but a meteor storm that hits the whole Atlantic ocean , north to south and that is just one meteor that hits by Puerto Rico & the United States takes the worst of the meteor storm looks like to me . Be prepared to change your mind as GOD gives us new info to line these things up as HE leads . Just my thoughts . Blessings

Thank you for your response. This reminds me of a dream I had a couple of years ago. I saw myself floating in space and I could see many fire balls coming down into the earth. I feel thankful, grateful and bless that the Lord call me back in 2013 and since then I no longer see this world the same. The closer we get to HIS return the more I dislike to be here. But I know there is so much to be done for the lost soul. He begin to waking me up about the USA prophecies in 2008 but never did I think I will live to witness it. God bless you.