You are here: Home » News » Financial News » The Big Dogs On Wall Street Are Starting To Get Very Nervous 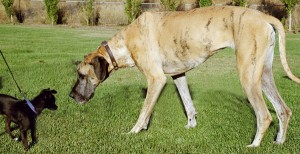 Why are some of the biggest names in the corporate world unloading stock like there is no tomorrow, and why are some of the most prominent investors on Wall Street loudly warning about the possibility of a market crash? Should we be alarmed that the big dogs on Wall Street are starting to get very nervous? In a previous article, I got very excited about a report that indicated that corporate insiders were selling nine times more of their own shares than they were buying. Well, according to a brand new Bloomberg article, insider sales of stock have outnumbered insider purchases of stock by a ratio of twelve to one over the past three months. That is highly unusual. And right now some of the most respected investors in the financial world are ringing the alarm bells. Dennis Gartman says that it is time to “rush to the sidelines”, Seth Klarman is warning about “the un-abating risks of collapse”, and Doug Kass is proclaiming that “we’re headed for a sharp fall”. So does all of this mean that a market crash is definitely on the way? No, but when you combine all of this with the weak economic data constantly coming out of the U.S. and Europe, it certainly does not paint a pretty picture.

Corporate executives are taking advantage of near-record U.S. stock prices by selling shares in their companies at the fastest pace in two years.

There were about 12 stock-sale announcements over the past three months for every purchase by insiders at Standard & Poor’s 500 Index (SPX) companies, the highest ratio since January 2011, according to data compiled by Bloomberg and Pavilion Global Markets. Whenever the ratio exceeded 11 in the past, the benchmark index declined 5.9 percent on average in the next six months, according to Pavilion, a Montreal-based trading firm.

But it isn’t just the number of stock sales that is alarming. Some of these insider transactions are absolutely huge. Just check out these numbers…

Google Chairman Eric Schmidt, 57, announced plans to sell as many as 3.2 million shares in the operator of the world’s most-popular search engine. The planned share sales, worth about $2.5 billion, represent about 42 percent of Schmidt’s holdings.

So why are all of these very prominent executives cashing out all of a sudden?

That is a very good question.

Meanwhile, some of the most respected names on Wall Street are warning that it is time to get out of the market.

For example, investor Dennis Gartman recently wrote that the game is “changing” and that it is time to “rush to the sidelines”…

“Simply put, the game has changed and where we were playing a ‘game’ fueled by the monetary authorities and fueled by the urge on the part of participants to see and believe in rising ‘animal spirits’ as Lord Keynes referred to them we played bullishly of equities and of the EUR and of ‘risk assets’. Now, with the game changing, our tools have to change and so too our perspective.

“Where we were buyers of equities previously we must disdain them henceforth. Where we were sellers of Yen and US dollars we must buy them now. Where we had been long of gold in Yen terms, we must shift that and turn bullish of gold in EUR terms. Where we might have been ‘technically’ bullish of the EUR we must now be technically and fundamentally bearish of it. The game board has been flipped over; the game has changed… change with it or perish. We cannot be more blunt than that.”