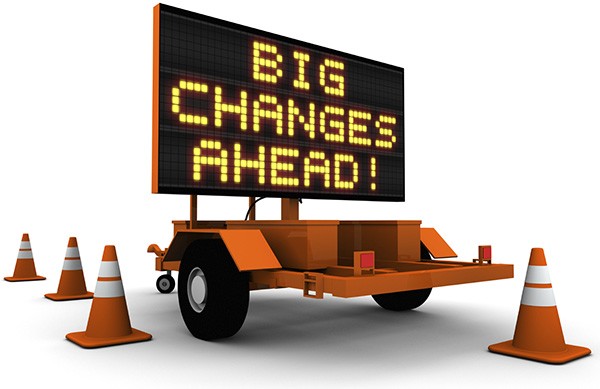 None will necessarily be comfortable.

Time will accelerate as God IS shortening the days. The countdown of the shortening of days has begun. The clock has been ticking.

Unless those days had been cut short, no life would have been saved; but for the sake of the elect those days will be cut short. (Matthew 24:22 and Mark 13:20)

A purer understanding of the Holy Scriptures will resonate within the remnant being called out.

Mockery and skepticism will increase. There will be heavy persecution and attacks against the church, but the increase will be phenomenal.

And so were the churches established in the faith, and increased in number daily. (Acts 16:5)

Praising God, and having favor with all the people. And the Lord added to the church daily such as should be saved. (Acts 2:47)

It will be imperative that we understand and talk ONLY God’s word as to not take glory to ourselves.

Prominent leaders, you are being given this time to get it right and repent or feel the anger of God. Your time is now about up.

The prophets and prophetesses will rise early and become more noticeable because they will realize they must speak truth, which will be a little hard for some to understand because so many have turned away. The Apostle Paul had to do this in all of his letters.

…as also in all his letters, speaking in them of these things, in which are some things hard to understand, which the untaught and unstable distort, as they do also the rest of the Scriptures, to their own destruction. (2 Peter 3:16)

Whether people like the tone in which the messages come forth, it will be truth from the Lord.

The church that Jesus spoke about and established will begin to grow, but not necessarily in buildings. God has places already set in motion and some are already established. The underground church will some arise, sooner rather than later.

God’s rod of correction has now become the rod of judgment and will strike in many places.

We will encounter two kinds of people. First, there will be those who will go all out and serve God unashamed and unafraid. Second, there will be those who will undermine the true ones and come against them, including some in our own household and our own church, even those we have ministered with. We will see them distance themselves from us or even depart from us. The Lord has shown me many will just stop calling or talking or ministering with us all of a sudden and we will wonder why, but it is because they cannot understand the hard sayings. They are used to their religious indoctrinations. They will even be OFFENDED the same way many people left Jesus because of His hard sayings.

There are many things, so we must be strong in the power of His might.

Above all, stand your ground.

According to the Bible, the ” the goodness of God leads you (us-my word added) to repentance”

https://www.biblegateway.com/passage/?search=Romans+2:3-5&version=NKJV
Romans 2:3-5 New King James Version (NKJV)
3 And do you think this, O man, you who judge those practicing such things, and doing the same, that you will escape the judgment of God?
4 Or do you despise the riches of His goodness, forbearance, and longsuffering, not knowing that ***the goodness of God leads you to repentance?***
5 But in accordance with your hardness and your impenitent heart you are treasuring up for yourself wrath in the day of wrath and revelation of the righteous judgment of God,

So according to God, ANYTHING that leads someone to repent (turn to God in humility and ask for His rule over their lives) is GOOD.

So we should pray for our friends, family, acquaintances and co-workers that God’s goodness will lead them to repentance.

Not everyone will want to repent.
https://www.biblegateway.com/passage/?search=proverbs+29%3A1&version=NKJV
Proverbs 29:1 New King James Version (NKJV)
29 He who is often rebuked, and hardens his neck,
Will suddenly be destroyed, and that without remedy.

When we pray this prayer for people, we may expect to see anything from a complete, total rejection of Christ in someone’s life (and earthly prosperity on this person in this life) to someone’s life literally coming apart at the seams as God deconstructs many (or all????) of the things they placed their trust in so He can get their undivided attention, or a lot of other things.

Does this apply to nations?????? Think about what would get the people of the USA to fall on t heir faces and ask God for his forgiveness, leading and salvation.

Much of what would be required to get individuals (and this country) to repent and turn to God has already been described on this site, much better than I can ever do it.

This verse still applies, 3000 years later.
https://www.biblegateway.com/passage/?search=II+chronicles+7%3A14&version=NKJV
2 Chronicles 7:14 New King James Version (NKJV)
14 if My people who are called by My name will humble themselves, and pray and seek My face, and turn from their wicked ways, then I will hear from heaven, and will forgive their sin and heal their land.

What can we do if some of our friends have hardened their hearts to truth and refuse to acknowledge Christ as their savior or see that we are in the end times & prophecy is coming true every day. They are kind people but believe Satan’s lies about abortion, humanism, socialism, etc. without searching for truth. Maybe just asking them to ask God to reveal himself to them and praying for their salvation is all I can do since it is up to the Holy Spirit to convict them. Time is running short I am afraid. Also my friends and family believe in the pre tribulation rapture but I do not think the Bible scriptures support a secret 2nd coming nd then a third coming when all eyes shall see him. Maybe I am wrong but have not been convinced yet. They are thus not preparing for persecution like other Christians around the world are experiencing.

Thank you Avi and Bette—wisdom beyond your years, what a blessing and all the great comments!
Holy Spirit in his love and grace, warned us about mammon in different aspects. We know it could go poof
like our so called friends— its all good when we follow His voice. Converted and spent for the now time–
as much as we could follow His leading. Got to get back to my study, was blessed to check in with the
dear friends the Almighty has blessed me with. Is this the AVI that was on Trunews—if so you were awesome
if not You are another awesome AVI! We will all have more time in eternity to glorify G-ds mighty ways!
Blessing and safety in HIM alone!

KC<
Your very welcome……….GB and may the Lord be glorified in all that we do and say.

This agitation would begin the Fall of the Nation
Instead of Repenting our sins,
To The G-d Almighty
we are in a way pledging Loyalty to the god,
we have been secretly worshipping money.
This would cause the lifting of the HANDS Of
The True G-d over us.

Once again!
True believers Do Not Join The Mobs in The Street,
Agitating Over money.
The True G-d Will be Watching.

Where Is Our Love!

Is Our loyalty to The G-d Almighty
or to the god of this world money?
Soon;
There will be people on the street of America agitating over money.
Warning! Warning! !
Believers do not join mobs the street in agitating over money,
It is not of G-d.
ls going to cause a big distraction, the enemies would this as an
opportunity against the nation.
The enemy in this case would be spiritual,
We are opening door for Hasatan/the satan to come in.

Warning!
The Spirit Of The Lord warns me that soon there would be an agitation
on the Street of America, agitation about money.
The people of the Land would soon be up in arms against the authority
over money.
I was warned NOT to join them.
l was Not told when this would happen,
but l was warned Do not join them.
Warning!
Soon there would be an outbreak of big disturbance over money, In the street
of America.
A big show down against the authority.
Please believers do not team up with people agitating over money.
Those are the times we shall show The Almighty G- d where our loyalty is
Our G-d or Money.

https://www.handofhelp.com/vision_1.php
Dimitri was told that people will be fighting against the government when America gets attacked.

Thank you for sharing this TRUTH, Bette. I have seen some of it already in the last several months. People who were quite close. . . POOF!! Gone. No more contact. I have more contact in “the virtual world” than I do locally, now.

Thank you Bette. Very sobering words.. May God Bless you in your Journey also.

Rebekah,
Thank you for your kind words,,,,,,,,,,I believe that my journey maybe sooner than later….GB

Those of us who have come out, so to speak, must be strong in the Lord and in the power of God’s might. The anchor of our hope in heaven keeps us from the craziness that others are feeling. I would love to shake those close to me to wake them up but i can only say and do what the Messiah leads, trusting in Him that He is working in my loved ones. He gives me repeated assurances which i dont think i could live without. We need help. I need help so have provided direct links on my site to prayer ministries to submit requests, especially for our families http://www.befoundfaithful.com so the millions of us can come through with our families. I have declared and continue to declare that, As for me and my house we shall serve the Lord

Good word, I’m ready to roll – in the power of His might!