You are here: Home » Church » Remnant » The barley first fruits company will be surrounded and protected in the day of trouble.
Share this post: 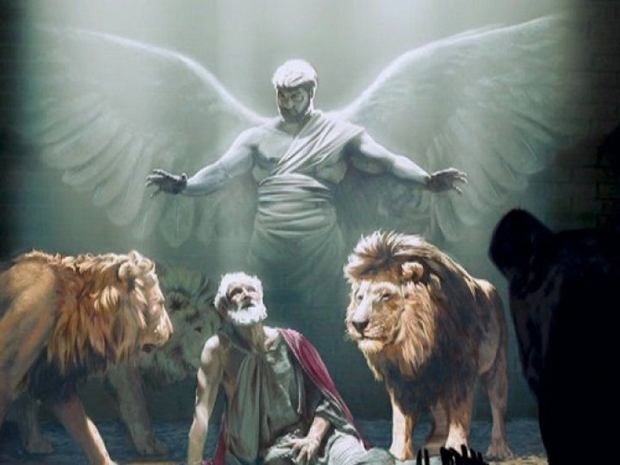 I saw a vision of the sheep being led to the green valley. Then the same night, I had a dream of a man walking with me on a hillside. Higher up on this rocky, sparsely treed mountainside, a fire was started by a rowdy group, so we immediately fled to escape the spreading flames. I got to the edge of a cliff and considered sliding down, but it was way too steep, so I chose the tarred road to my right, even though it seemed a longer path. I proceeded to slide down the steep tarred road with the man next to me. We were seated the whole way and reached the valley and safety. The tar seemed to lift and move like a flexible ribbon as we slid down it, supporting and cushioning us, so we were not shaken up at all by the journey.

This dream depicts the journey of the remant flock of sheep down to the green valley, accompanied by the man who is the Good Shepherd. It was triggered by fire breaking out on the hillside and necessitated quick action. (Remember fire doesn’t harm the barley firstfruits in the aviv state!). The breakout of fire speaks of the day that burns like an oven and will be a season where there is a clear defining line between the wicked and the righteous.

The latter part of Malachi 3 and chapter 4 detail this season. Those who are the Lord’s jewels are openly displayed and protected, receiving a great outpouring of joy (Tabernacles is the season of our joy), but the wicked are left with neither root nor branch. When the fire breaks out, the remnant is quickly separated from the rabble on the hillside.

Note also that the journey down is by the seat of your pants!! To ‘fly by seat of your pants’ means ‘use your instincts to tell you what to do in new or difficult situation, rather than following a plan or relying upon equipment’.  SO THIS DESCRIBES A FAST JOURNEY, in which we will be relying on moment by moment instruction from the Holy Spirit within. We will not be able to rely on past experience or head knowledge OR upon our assessment of external events.

The journey in my dream by the seat of our pants was completely cushioned by the strip of tar which defined the route to take. There is also a warning not to go ‘offroad’ but to choose the appointed way, the good old path, the narrow road.  I believe we will receive fresh and deeper revelation of the power of partaking in this prophetic communion meal during this season directly ahead, and this individual revelation outworked in our lives will be our protection and provision, bringing us safely to our appointed place of sowing.

6 You have heard [these things foretold], now you see this fulfillment. And will you not bear witness to it? I show you specified new things from this time forth, even hidden things [kept in reserve] which you have not known.
7  They are created now [called into being by the prophetic word], and not long ago; and before today you have never heard of them, lest you should say, Behold, I knew them! (Isaiah 48:6-7)

HE IS ROARING OVER THE POURING!

Remember Solomon descended to Gihon in order to be anointed. There is an anointing FOR RULING appointed you. I saw the place where the oil was being poured from and the Lion of Judah was roaring over it. The sound waves of the roar were being encapsulated in the oil and as it saturated the understanding of the one being anointed, the roar was coming out of their mouths and out of their writing and out of all the Lord called them to do and the enemy was being scattered.

The barley first fruits company is going to rule with the roar of the Lion of Judah, surrounded and protected in the day of trouble. They will be hidden in the secret place of the Most High during the hour of trial that comes upon the whole earth, but ruling as His scepter extended in the midst of His enemies. Their roar is going to set the captives free and open blind eyes and bring in the harvest and cause many to return to the Lover of their souls..

This, from a pilot in the Indonesian quake/tsunami is a wonderful example of how the Lord is going to protect His own in the coming troubles.
https://godtv.com/a-miracle-in-indonesia-pilot-heard-gods-voice-and-saved-hundreds/

AWesome Alison,
Great testimony. The brave air traffic controller died but made sure all planes had departed Palu. The dear man,
thanks Alison

Christine , thank you for this word. I appreciate your posts and insights. You are very unique. I am a beader and read a bead book that said the word bead means prayer. I never do art until inspired and then it is so amazing and full of glory. Usually I see pictures of it for a week or two before I start the project . It is never exactly what I saw but always beautiful. I can say, it wasn’t me doing it. I think writers are anointed too. Like God shapes their thoughts and patterns.
Miracles have been manifesting at church more frequently than last year. Legs growing out, spines/backs healed, ears popping open, peace being restored, and I am believing for some creative miracles in my own life and after I overcome these things, then be able to contend for others to recieve when I lay hands on them. I am always bumping into information that is usuable to overcome issues, like serrapeptase is able to eat the hard coating on cancer cells so the body can then remove the cancer . A lot of disease has some coating on it to protect it , making the battle difficult.
I’m sure your level of insights has been bought with a price on your part. Thanks for being willing. Someone I know just named a pit bull puppy Barley. Blessings , JOY

Hi Joy.would love to see a pic of your beading. I never knew bead means prayer.and interesting about serreptase. I was reading yesterday about soaking grains over ight to get rid of the enzyme inhibitors that coat them. The Lord has surely been soaking His barley grains in the water of the Word overnight to make the nutrition they contain more easily available.

Excuse the spelling mistakes. Typing on my phone!

Christine, I haven’t beaded in awhile , I do bead but my latest art is prophetic pictures and florals. I can’t post anything because I have to get help to do computer stuff other than cut and paste. I think God is limiting me until he wants me out there.
The grains have phytic acid on them and when you eat them without soaking them they suck minerals out of your body . Studying health is another big drama the Lord has led me into. Working on memory so I can retain what I am learning.
https://www.earthclinic.com/cures/chronic-traumatic-encephalopathy-editors-choice.html
I would never judge anyone on grammer or spelling, just happy to have like minds out there to share with. Blessings , JOY

Christine, Thank you. Your dream gives me more to dig into the symbols.

I was struck by the tarred road. From your previous posts, I know you reference and break down Hebrew words. In studying Yom Kippor (Day of Atonement) last month, I was reminded that the root of Kippor is Strongs’s 3722 Kaphar, which means “A primitive root; to cover (specifically with bitumen) Biblehub.” Bitumen can be somewhat interchangeable with tar, and was used to cover Noah’s Ark and Moses’ reed basket.

In your dream you are going down the tar road by the seat of your pants. I take that to mean that one can’t make it to the valley unless they are seated on the bitumen, the covering, the atonement of our sins, which you poetically call the “flexible ribbon that lifts!”

Oh wow. That is so sig ificant about You Kipper! Yes exactly, our full weight must be upon the atonement sacrifice for us when everything is going downhill!

What now? Will Kavanaugh investigation delay the 50,000 arrests? Trump’s plan requires a majority on the S.C. https://www.youtube.com/watch?v=EXtmWpqN4UA

This speaks to me, Christina – thank you. But I’m not clear yet all He is saying. Night before last Father told me I will now be the lioness I’ve always known was inside me, but in righteousness and holiness, in Him, and as He directs. Then last night He prompted me to read aloud David’s words in 1 Chr. 16:8-36, over and to, my brothers and sisters in Christ…which I did. He’s had me decreeing and declaring early (3rd and 4th watches) most every morning for weeks now, over Israel, the woman, His chosen and elect, the youth rising up into the Joel 2 army – many, many facets of our victory over satan in these last days. He’s definitely on the move! Blessings, dear sister.

Katherine, you are hearing clearly from God. Tensions are at a peak in Syria since the Russians started setting up their S300 air defense systems and our talk about blockading Russia and preemptive attack on Russia’s IBM’s. Yes, we have gone mad, Jer.51.