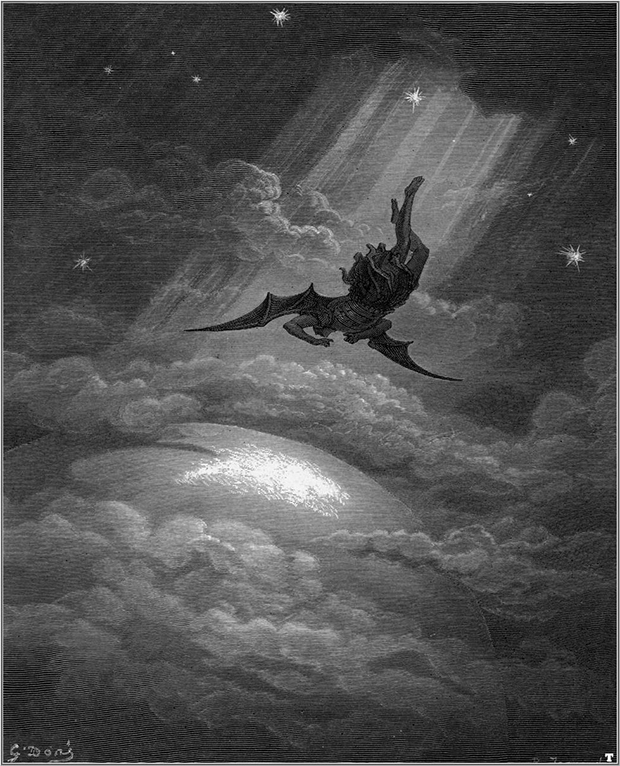 If you missed my previous posts introducing this topic, I recommend reading them first, as listed here:

Mystery Babylon began with the fall of Lucifer. As a high ranking angel, he had walked close with God on His holy mountain in the midst of the fiery stones. He was full of wisdom, in perfect harmony with God, so heavenly sounds flowed through him, stringed instruments and tambourines. His beauty was flawless, a sight to behold, as he was covered with precious stones, including sardius, topaz, diamonds, beryl, onyx, jasper, sapphire, turquoise, emeralds and gold, but he became enamored with himself, infatuated with his own beauty. (Ezekiel 28:11-19) So, his heart turned away from God and his wisdom was utterly ruined by seeking to exalt himself, saying:

“I will ascend into heaven, I will exalt my throne above the stars of God; I will also sit on the mount of the congregation on the farthest sides of the north; I will ascend above the heights of the clouds, I will be like the Most High.” (Isaiah 14:13-14 NKJV)

His fall illustrates why God does not promote us until we’re ready to handle it. As much as we want great success, it can destroy us if it turns our heart away from God, as we’ve seen it destroy many others, ruining whatever good sense they once had as they become enamored with themselves and make wrong choices that lead to their demise. What would it profit us to gain the whole world if we lose our eternal soul? (Mark 8:36)

By seeking to exalt himself, Lucifer violated the honor of his high position, putting himself in rebellion against God, so he was cast into the lowest depth of the pit. Instead of honor, he will be humiliated as God makes him an abomination for all to see. Instead of precious stones, he will be covered with maggots. Those who knew him will be astonished and horrified by the sight of him, like a corpse trodden underfoot. (Isaiah 14:11-19) And it was for him that God created the fire of hell as his eternal dwelling place. (Matthew 25:41)

The inhabitants of Babylon include all those who follow him, and they will share his fate. At the heart of Babylon is a woman, the mother of all harlots. (Revelation 17) Just as she is Lucifer’s daughter, she also has many children of her own, all practicing her harlotry. Like Lucifer, they betray God and everyone around them because they are always seeking to exalt themselves.

Along these lines, I received a warning dream on December 29, 2019. In the first scene, I was in the front room of a large house of prostitution. I was not talking with anyone or participating in anything they were doing, just watching all the harlots as they walking in and out with their clients, making arrangements to engage in sexual activities.

Then the scene changed and I was in the back seat of a car with a couple of female prostitutes sitting next to me on my left. We were not doing anything, but I was watching what was happening in the front seat where a male client was sitting in the driver’s seat next to a female prostitute in the passenger seat. They were laughing and having fun, paying no attention to us, but I knew they were about to start engaging in sexual acts. Then one of the girls in the back seat with me asked me to go somewhere with her, so I followed her. I don’t recall where we went or why, but as we were walking, I suddenly realized I had left my iPhone in the back seat of the car, so we went back to the car, but when we got there, I found only a very cheap cell phone in the seat where I had been sitting. My iPhone was gone. I knew it had been stolen, but it was too late to get it back. As the dream ended, I felt very disappointed by my loss.

I believe the prostitutes represent anyone engaging in acts of harlotry, compromising their values, selling themselves out to get what they want because they don’t believe God will take care of them. So they disregard His promises and take matters into their own hands.

Losing my cell phone represents losing something very valuable to me and shows the cost of harlotry. Even though I was not engaging in sexual acts, I was there watching others with full knowledge of what they were preparing to do, so I suffered a great loss. It reminded me of what Jesus said, “Whoever looks at a woman to lust for her has already committed adultery with her in his heart.” (Matthew 5:28 NKJV)

This dream helped me see harlotry in a whole new light as I realized much of what is shown in movies and television programs are acts of harlotry. Although the whole world celebrates actors and actresses and rewards them with great wealth and many people even idolize them and try to imitate them, I think we kid ourselves into thinking there is any difference between what many of them are doing and harlotry. We all understand people who take off their clothes and perform sexual acts in exchange for money are harlots, but we think doing the same things in front of a camera is somehow different. The only difference is the camera shares their harlotry with many others and invites them to join in by watching.

Even programs we generally consider family friendly are often filled with lots of passionate kissing. We somehow give these “clean” movies a free pass, but would we do that with a stranger for money or fame? Most of us would not because we know there’s something inherently wrong with that, but we allow ourselves to watch others doing it. We’re just asking for trouble because it’s like watching a very bad commercial that entices us to imagine what it would be like to do what we see. That’s what I was doing in my dream, so I was rewarded according to my deeds. (1 John 2:3-6, 1 John 2:29, 1 John 3:18, 3 John 1:11, Revelation 2:4-5)

Someone might think this sounds legalistic, but it’s just a simple acknowledgement of the consequences of harlotry. We all know jumping off tall buildings causes injuries, but no one thinks it’s legalistic to avoid doing that. Avoiding harlotry works the same way.

For many years, I watched movies that I should not have watched without even realizing I was giving the thief permission to steal my most valuable possessions, the best testimonies of my life that I wanted to share with others, but God helped me see the connection through another dream back in 2013. I took the warning seriously and immediately made changes, fasting from watching movies for months at a time. As soon as my fasts ended, it only took a few days before I had offended my faith again, so I declared new fasts for another month or two and continued doing this for several years and it was well worth it because along the way, God birthed in me a clearer focus and direction, so now I know what He wants me to do more than ever before, which has caused me to look at those former things as distractions keeping me away from what God has called me to do. So, my latest dream was just a continuation of this process, taking it to another level and helping me see it more clearly.

My dream helped me understand why the coming antichrist is called the son of perdition. Perdition means losses and destruction. (Source: merriam-webster.com) For example, the Spanish word for losses is perdidas, which is very similar to perdition. The antichrist is called the son of perdition because his harlotry produces unimaginable losses and destruction wherever he goes, even leading the whole world into eternal destruction. He is the biggest harlot of all time, betraying not only God, but also his nation and his friends as he continually seeks to exalt himself, even declaring himself to be God. (Revelation 13:6-8)

Only by turning away from harlotry can we escape the destruction coming upon Babylon. The good news is God has already given us the way of escape and He has far better things planned for us.

David Wilkerson wrote in his book (Put the Trumpet to your mouth?) that one shouldn’t be watching television as a Christian (due to the pervasive evil portrayed ( which damages our walk with the LORD).

I disagree. There are many christian inspired tv programming. Esp. on Sunday morning. And devotional programs during the week. With the pandemic raging across America and many churches still closed….watch church and Christian programming is a beacon and lighthouse for many beleivers who are sheltered in place or the elderly who I are sick and shut in.

James, another possible interpretation of your valuable cell phone being replaced by the cheap one is this: A lot of people watch porn and other sexually-charged movies, TV programming and music videos on their cell phone. When you purchase a new cell phone, it is clean, untainted by any sinful videos, photos, music, etc. But once people start downloading this type of media, it cheapens the cell phone to the point that it becomes spiritually cheap and worthless to God and his plan to use us to advance his kingdom by preaching the gospel and making disciples. Hence, the cheap cell phone. The cheap cell phone could also represent backslidden Christians. Many people start out well, get saved and are spiritually clean and forgiven, just like that new I-phone is brand new. But sometimes, we allow sin to creep into our lives, which reduces or even destroys our effectiveness for God’s kingdom. This is a call to all of us to walk in holiness. We are in the Last Days, and it is not a good time to be spiritually lukewarm. Revelation 3:15-16 tells us, “I know your works, that you are neither cold nor hot. I could wish you were cold or hot. So then, because you are lukewarm, and neither cold nor hot, I will vomit you out of My mouth.” Being vomited out of Jesus’s mouth doesn’t sound like a saint coming home to glory…

James, as I was reading the part of your dream where you said,’ I suddenly realized I had left my iPhone in the back seat of the car, so we went back to the car, but when we got there, I found only a very cheap cell phone in the seat where I had been sitting. ’
And as I read that, the Spirit showed to me that the ‘iPhone’ represented what you saw (screen wise here) that the quality of what you were given and maybe even, ‘how’ you see the world is now ‘seen’ through the lens of ‘cheap’-ness in the world around you, as if your whole mindset has now been altered

Thanks for sharing that insight. I agree our vision is weakened by participating in harlotry.