You are here: Home » Church » Apostasy » How to Avoid the Great Falling Away 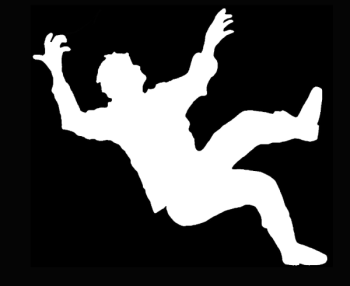 Jesus warned us about a time coming before he returns when his followers would fall away from the faith and would betray one another.

Then they will deliver you to tribulation, and will kill you, and you will be hated by all nations because of My name. At that time many will fall away and will betray one another and hate one another. (Matthew 24:9-10)

Increased pressure from persecution and tribulation will cause many to abandon their faith and even turn against other believers. The Apostle Paul called it the apostasy, which means the great falling away (2 Thessalonians 2:3).

So it is coming, but we don’t have to be a part of it. Jesus told us how to avoid it. He gave us the foundation upon which he would build his church, which is revelation from the Father in heaven.

I think the pure revelation of God is what is missing big-time amongst God’s people right now, and it’s the thing Jesus told Peter His church would be built on.

Now when Jesus came into the district of Caesarea Philippi, He was asking His disciples, “Who do people say that the Son of Man is?” And they said, “Some say John the Baptist; and others, Elijah; but still others, Jeremiah, or one of the prophets.” He said to them, “But who do you say that I am?” Simon Peter answered, “You are the Christ, the Son of the living God.” And Jesus said to him, “Blessed are you, Simon Barjona, because flesh and blood did not reveal this to you, but My Father who is in heaven. I also say to you that you are Peter, and upon this rock I will build My church; and the gates of Hades will not overpower it. (Matthew 16:13-18)

Many have looked at that scripture and thought it meant the church was built on Christ, but Jesus blessed Peter because flesh and blood hadn’t revealed this truth to him. Then he said, “You are Peter and upon this rock….”

So many are reading scripture, listening to music, going to meetings, etc., which are not necessarily bad things, but without the living relationship with Jesus, are like empty tin cans – right labels but no food.  Since it’s the Spirit that gives and is life, they may all look and sound like food, but don’t do much good without that spiritual connection.  Because of this people are setting themselves up to be part of the great falling away, and don’t even know it.

Although she was not raised in a Christian home, Brenda Brown heard the audible voice of the Lord speaking to her when she was just ten years old. She was not yet ready to surrender her life to him, but finally did after a second encounter at age sixteen. Ten years later she began leading small group meetings in her home and continued that ministry for several years. She has had an open vision in which she visited with the Lord in the Garden of Gethsemane.

© 2015 – 2017, Z3 News. The first 200 words of Z3 News articles may be shared online in exchange for a clickable link to our site. Please include the author name and do not make any changes to text or titles. No image files from our site may be shared because we don’t own them. For permission to use our content in other formats, please contact us.

Amen and Amen. Amazing word and right on time. Thank you for your faith and loyalty to God’s Word and those He is calling out of the darkness. I really needed this today.

Amen, the Word of God must be supreme and our only source of doctrine. And it is a lack of the knowledge of scripture which has led many to believe that the rapture can occur at any moment. The Thessalonians passage you mentioned clearly indicates that an improper rapture doctrine will shake the foundation of many. 2 Now we beseech you, brethren, by the coming of our Lord Jesus Christ, and by our gathering together unto him, 2 That ye be not soon shaken in mind, or be troubled, neither by spirit, nor by word, nor by letter as from us, as that the day of Christ is at hand. 3 Let no man deceive you by any means: for that day shall not come, except there come a falling away first, and that man of sin be revealed, the son of perdition; 4 Who opposeth and exalteth himself above all that is called God, or that is worshipped; so that he as God sitteth in the temple of God, shewing himself that he is God. The falling away, the man of sin revealed, and the abomination of desolation must all occur before the day of Christ–the rapture. When the bad times hit including the persecution of seal 5 many Christians are going to be wondering what happened. It is out of that persecution that we are rescued via the rapture after the opening of the sixth seal and before God’s wrath is poured out upon the world. 12 And I beheld when he had opened the sixth seal, and, lo, there was a great earthquake; and the sun became black as sackcloth of hair, and the moon became as blood; 13 And the stars of heaven fell unto the earth, even as a fig tree casteth her untimely figs,… Read more »

Hi William Frederick M. Div. First, I must apologize for not getting back to you sooner, but I have been delayed here with circumstances beyond my control. Yes, I agree, many read the Bible but aren’t letting the Spirit behind it reveal it to their understandings. I’ve always said if all scripture is given by inspiration of God, it must be read with inspiration. It’s not just a matter of reading it, but letting the Spirit show us everything He has to say on the subject we’re interested in. There is plenty of work to do on the Body of Christ if they are to become ready, but we are told that God will do a short (concise or condensed) work, and that means a lot to go through in a short period of time, as well as a lot to be experienced in the Spirit. (Romans 9:28) I agree also that 2nd Thessalonians 2, gives us a fairly clear idea of what must occur before we can expect the rapture, but I would like to make a point regarding the rapture being prior to the 6th Seal. I am aware that Paul told the Thessalonians that we are not ‘appointed’ unto wrath, but to obtain salvation, but since the word ‘appointed’ simply means God hasn’t ‘purposed’ that we come under wrath, there’s no guarantee that many won’t. It’s not God’s will that any should perish, yet many, many will in this day. And while God has not purposed any should experience wrath, it’s up to us to see to it that we walk worthy of escaping it. If we follow the Seals, notice that it’s not until the 7th Seal is opened, that the trumpets begin to sound; and we all know that it’s not until the 7th trumpet… Read more »

Thank you, Brenda, for your comments. I totally agree.

Great word! I just had one of those wow moments this morning. It was a connection between Isaiah 60 which says: ‘Arise, shine; for thy light has come, and the glory of the Lord has risen upon thee. For, behold, the darkness shall cover the earth, and gross darkness the people: but the Lord shall arise upon thee.’ and Psalm 119:105 ‘Thy word is a lamp unto my feet and a light unto my path.’ and Matthew 25 in the account of the 5 wise virgins having a lamp full of oil & 5 foolish virgins with no oil in their lamps. Notice that verse 25:6 says ‘At midnight the cry was made ‘Behold, the bridegroom cometh; go ye out to meet him’ Midnight is dark, so we will need a lit lamp to see where we are going. There will be many who will not have the word hid in their heart because they let their relationship grow cold, or they will cut off all ties with ‘religion’ because of the persecution. We must pray that we all stay strong through the pressure. We must pray that those who are entangled in the affairs of the world are set free before it is too late!

Hi Laurie. I’m so glad to hear that you are receiving fresh manna, it’s so important today, and will be more important as time goes on now. Isaiah 60 is a good one, because it really reveals the contrast between those who’ve made it a point to walk closely with God, and the rest of the world. But I have to say Matthew 25 brings out exactly what I was talking about. There’s more to walking with Christ than just confessing His Name and doing spiritual things. The 5 foolish virgins were ‘virgins’ too – meaning they were His converts, and their lamps had been burning – meaning they did have His Spirit, but not only had their lamps gone out, they did not have ‘vessels’. It speaks to the new thing that is coming. Love it Laurie.

That is an excellent point that I had not noticed before. Thanks!

Hi James Bailey,. You’re most welcome. There’s more to say on that scripture, but another time.

Hi ‘Dreamer not DREAMer’. Sorry for not getting back to you sooner, I have been waylaid for awhile. Thank you for your comment. If we only knew how much we need His Spirit and revelation! The more you receive it, the more you want it. Being thirsty never felt so good!

Very enlightening, very foundational. Upon this rock, “because flesh and blood did not reveal this to you, but My Father who is in heaven.” That is, understanding does not come from flesh and blood but from true revelation of God to the person.

But you have to seek to find true revelation. That makes good sense.

Hi ditravers. It’s very true, enlightenment and understanding are vital if we are to truly know Jesus, and since only the Spirit gives such life, we really need to do some serious seeking, and breaking through into His Presence to develop a supernatural walk with Christ. I’m glad you can use the info.