You are here: Home » Prophecies » Islamic Jihad » Avi Lipkin: “All Churches Are Infiltrated with Muslim Spies” 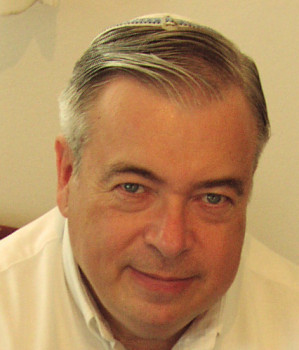 The Lord is now warning his people that a dangerous enemy has infiltrated our camp.

Yesterday, Nicole Moore posted her warnings of an Islamic plot to kill Christian children in churches all across America. Today, I learned Jewish author Avi Lipkin is sounding the same warning. Nicole heard it from the Holy Spirit. Avi heard it from his wife, Rachel.

Rachel Lipkin regularly monitors Islamic broadcasts, television feeds and other Islamic news outlets. In a recent Arabian broadcast, she heard Islamic militants claim that every church in America has now been infiltrated with Muslim spies.

This is a huge claim considering there are about 340,000 churches across America. Perhaps they meant every large church, or perhaps they were blowing smoke. Even if the actual infiltration involves only a small percentage of churches, a coordinated attack would still be devastating.

It is hard to know how many Muslim militants are already operating inside America, but we know they would not be here without the help of President Obama. He has been waging Jihad from the White House by opening our southern border for the past seven years.

Thank God for a few brave patriots with the courage to speak out. Speaking at a conference in June 2015, Avi Lipkin shared the following statements:

All churches in America have been infiltrated by Muslim spies who frequently pretend to have found Christ but are really looking to provide intelligence to radical Muslims who will try to kill all Jews and Christians when jihad is ordered upon the U.S.

The bottom line in Islam is that every Jew dies and after that every Christian dies.

“When Muslims come to you and say ‘Oh yes, we have accepted Christ and we are born-again,’ you gotta be real careful because lying in Arabic is not only permissible it is commanded,” he claimed. “Lying is a virtue in Islam to defeat the enemy.” (Source: Christian Post)

He believes the spies seek to collect the names, addresses, and personal information about every member of the church. They also report on the church schedules and layout of facilities. All of this is done in preparation for Jihad, which is an Arabic word that means struggle.

Once they have collected the data, Islamic leaders can launch a coordinated attack on churches across America at a moment’s notice. Possible trigger events could be a Muslim holy day or the start of a new war in the Middle East.

The spies use deception to build personal relationships with those they seek to kill. Muslims are normally forbidden from entering churches and from having relationships with Jews or Christians. However, an exception is made for those participating in Jihad.

The similarities between Avi Lipkin’s warning and Nicole Moore’s warning are amazing. Through dreams and visions, she saw a Middle Eastern Muslim teenager in her church claiming to have recently received the Lord, but she was shown he was actually a Muslim. She then saw him volunteering to help with the children’s ministry. Later, she saw him being handed a package from another Muslim man who was operating outside the church. See her post, Islamic Plot to Murder America’s Christian Children Revealed.

Churches are soft targets for Muslim predators due to gaping holes in their security systems, which is understandable because the dangers have been minimal in the past. Doors are normally left unlocked during services, side doors are often unattended, total strangers are welcomed with no questions asked, and members are unarmed. We have some work to do.

Church leaders have a natural aversion to talking about church security. They don’t want to alarm their people or cause a panic. Oh the horrible danger that people might stay home!

What is needed is just the opposite. Blow a bull horn from the pulpit. Sound the alarm! Our enemy is already inside the camp so it is foolish to be concerned with causing alarm. Let everyone know the threat and what they can do to stop it. Ignoring the problem won’t make it go away. We need to put some things in place, then we can worship the Lord securely.

The Lord has not revealed these things to cause fear, but to help us prepare. Here are ten practical steps churches can take to defeat this enemy and protect our people.

Thanks to Josh for sharing the Avi Lipken warnings!

God showed me this infiltration in an open vision. The environment, necessary action, and protection of God’s people we can see in 2 Kings 10-12.

Just a though that could mean christian schools to….

Sorry about the double comment. Apparently I’d opened this page twice on my browser. But being more awake now than when I first posted “Brava!,” my revised version does include a very important caveat. As noted elsewhere on this blog, it is entirely possible that in some churches the enemy may occupy the pulpit or leadership. ALWAYS confirm your planned actions with the Holy Spirit first. Linda Clay, add my AMEN! to yours!

I have recently learned, that satanic groups actually recruit and put people in Church leadership positions. Generally, they change their last names to be a biblical name (Half truth, half lie). Yes, be on the look out.

Perhaps they’re in the central “ruling/governing” bodies of the church denominations and not yet in the actual pulpits?

I can only imagine a little of both.

Hi Peggy and all.

They are very well in the pulpits. The Bible tells us of those that crept in unawares…this has to do with doctrines that have nothing to do with Christ, but traditions of men. This has been going on for a very long time, incrementally. They are in the governing bodies, and the pulpits, and in the congregations.

It is a wise and faithful servant as pastor that discerns this, but man have not over the ages, and with all councils of men have been watered down. We must remember one thing…a pastor may be on a payroll of a corporation, but a true preacher is not a hireling, which is to say that he is not owned or bought off.

This is what has weakened the church. We are looking at Laodicia now. We flee from her and seek the true and living God in all power and glory.

Oh, me…I don’t think I said what I meant. I was looking at the bigger picture from Biblical passages. I don’t know anything, less the Lord leads and gives discernment. Whew!

Hi Karen Sue,
I understand what you’re saying. Matthew was talking about “satanic groups.”
I can’t picture literal satanists in the pulpits, but it could be true.

I do agree about Laodicea, and that not teaching the full counsel of God/ half truths, is
NOT on God’s side, even though perhaps they aren’t actual practicing “satanists.”

I was watching a video the other day and they were showing the actual website and of this satanic group and what they were doing. It literally said that they would have assignments IN CHURCHES.

Brava!, Linda Clay, brava! How wonderful it would be if you could address the leadership of each of all of our churches! … Not possible? … Oh, well then I guess we had each better take on that responsibility ourselves: If you read and find agreement with these posts – AND if the Holy Spirit confirms this idea for Your church – who better to take it to your church leader(s)?!? If not you, then who? If not now, then when? After the attack? If you can’t gain an audience, then print it out and hand it over, but git ‘er done!

Amen, Cherie Miller and thank you for the prayers.

Linda, Good to hear! The Lord has answered my prayer over you. Be strong…He is also leading me to go off-line for awhile during a time of deep prayer and fasting. Complete spiritual separation is His requirement for me at this time, “walk it out dear sister”. Blessings…Cherie l l Corinthians 6.

According the Word, even the Dagon fall in front of Ark of Covenant. Who can stand in the mist of the glory of God? If a church have strong present of God, even the Muslim spy will know who is real God and been converted! Fear did not from the Lord, the power and glory of God can easily infiltrate the enemy.

AMEN, Debra, if the LORD opened that door, absolutely I would!!! No doubt about it, because we are talking about souls that are facing eternity and MOST do not even know that “refiner’s fire” is a MUST to be purified to be counted worthy to be a part of “the Bride of Christ”. We ALL must step outside of the boat called “comfort zone” and go into the deep, deeper, deepest relationship with Jesus that we can possibly go. Do we truly follow Jesus and pick up our cross DAILY, as we die to self (including pet doctrines, dogma, “religion”) and have the courage to face the truth about ourselves and our world around us, as we prepare for the return of our Heavenly Bridegroom? OR – Are we actually following our own path, sprinkled with “Christianease”, religion, “a form of godliness, but no power thereof” and really are “dating Jesus”, and NOT a beloved bride?
Only God knows that answer, so we must “clean the inside of the cup” first, or we’re just a white-washed, lukewarm, useless, fruitless facade of “Christianity” that repulses the Heavenly Father, with the Lake of Fire as our eternal destiny.
May the LORD HELP US ALL, to have courage to face the truth, to follow the leading of the Holy Spirit, to be clean before our Holy God and to be willing to do EVERYTHING that He asks us, In Jesus’ name. Amen and AMEN.

Seen this coming the past 30 years in Australia they are so sure they are going in the Rapture no matter how they have twisted the Word Of God and lack of Love it hurts to see this but most denominations are satisfied with all. The Book of Revelations speaks to two churches that were accepted by God five were not or the 5 virgins vs the 5 disobedient ones .Which ones are you?

Brava!, Linda Clay, brava! How wonderful it would be if you could address the leadership of each of all of our churches! … Not possible? … Oh, well then I guess we had each better take on that responsibility ourselves: If you read and find agreement with these posts, who better to take it to your church leader(s)?!? If not you, then who? If not now, then when? After the attack? If you can’t gain an audience, then print it out and hand it over, but git ‘er done!