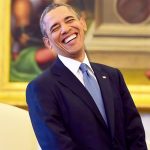 Back in December 2016, I made lunch plans to meet up with a Z3 author that I had met in our area.  They were telling me all that God was showing them and we were talking on the phone.  After speaking that night, I asked the Lord if Obama was really going to stay in office like some others had said.  I asked Him to tell me the truth.  I asked Him if we would have martial law and … END_OF_DOCUMENT_TOKEN_TO_BE_REPLACED

Just before we moved to the Ozarks, I began having dreams that lasted all night long.  After we arrived and settled into our new home, on a Saturday night in September 2016, I went to sleep and woke up around midnight in the middle of a war scenario in our country, In the first part of the dream, my daughter had just arrived for a visit.  No sooner did she get there when … END_OF_DOCUMENT_TOKEN_TO_BE_REPLACED

In August 2016, I received three very intense dreams, more intense than any of my previous dreams and much different than usual, more like a vision in which I was actually there in the middle of it all. Each dream lasted all night long. The increased intensity was extremely scary to me. These dreams started the moment I went to sleep. When I woke up to go to the restroom and … END_OF_DOCUMENT_TOKEN_TO_BE_REPLACED

I had been praying for a year for confirmation on exactly where to go to be safe from the trouble coming upon the United States. Then a couple of months ago, I had the following dream from the Lord revealing the two safe areas. I saw a map of North Carolina outlined and shaded in bright red. While I was looking at the map, the Lord said, "North Carolina will be uninhabitable … END_OF_DOCUMENT_TOKEN_TO_BE_REPLACED

Right before the terrorist attacks in Paris, God gave me a dream. In this dream He handed me a scroll, but it was a living scroll. It was alive, yet it was on parchment paper. The Lord narrated parts of it to me. My daughter and I unrolled the scroll and saw it had news articles on it and prophecies. It said terrorism was getting ready to come to America and there would be … END_OF_DOCUMENT_TOKEN_TO_BE_REPLACED