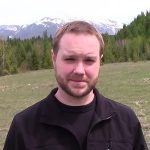 By Brandon Smith Why do globalists have a deep rooted obsession with Artificial Intelligence (AI)? What is it about the fervent quest for an autonomous digitized brain that sends them into fits of ecstasy? Is it all about what AI can do for them and their agenda, or, is there also a darker “occult” element to the concept that is so appealing? The World Economic … END_OF_DOCUMENT_TOKEN_TO_BE_REPLACED

This article was written by Brandon Smith and originally published at Birch Gold Group One of the most detrimental aspects of an inflationary or stagflationary crisis is that, in most cases, housing costs tend to rise while home sales fall. It might seem counterintuitive; one would assume that as sales fall so should prices, but this is the upside-down world of … END_OF_DOCUMENT_TOKEN_TO_BE_REPLACED

The effective Federal Reserve funds rate (the EFFR) has been sitting at virtually zero for a long time now. It feels a little strange to think about the fact that it was 14 years ago when the central bank first helped to trigger the crash of 2008 and we are still dealing with the consequences of it today. I only started writing for the liberty movement two years before that. … END_OF_DOCUMENT_TOKEN_TO_BE_REPLACED

If the past year has confirmed anything it is that the mainstream media is thoroughly dishonest. Yes, most people already suspected this, but the last 12 months have provided more confirmation than the past several years combined. 2021 has made it clear that the mainstream media is a propaganda arm of political and corporate elitists, from big government to big … END_OF_DOCUMENT_TOKEN_TO_BE_REPLACED

By Brandon Smith There has been an unfortunate shift in Western educational practices in the past few decades away from what we used to call “critical thinking.” In fact, critical thinking was once a fundamental staple of US colleges and now it seems as though the concept doesn’t exist anymore; at least not in the way it used to. Instead, another form of learning has arisen … END_OF_DOCUMENT_TOKEN_TO_BE_REPLACED

For many years now there has been a contingent of alternative economists working diligently within the liberty movement to combat disinformation being spread by the mainstream media regarding America’s true economic condition. Our efforts have focused primarily on the continued devaluation of the dollar and the forced dependence on globalism that has outsourced and eliminated … END_OF_DOCUMENT_TOKEN_TO_BE_REPLACED

By Brandon Smith Remember when Anthony Fauci and other government paid medical “professionals” said that Americans needed to mask up and stay home for two weeks to “flatten the curve” on the covid pandemic? Remember when they came back two weeks later and said they needed another couple of weeks? Remember how they backed off of the lockdowns a little and then came right … END_OF_DOCUMENT_TOKEN_TO_BE_REPLACED