You are here: Home » Prophecies » August is going to be a month of extreme testimonies.
Share this post: 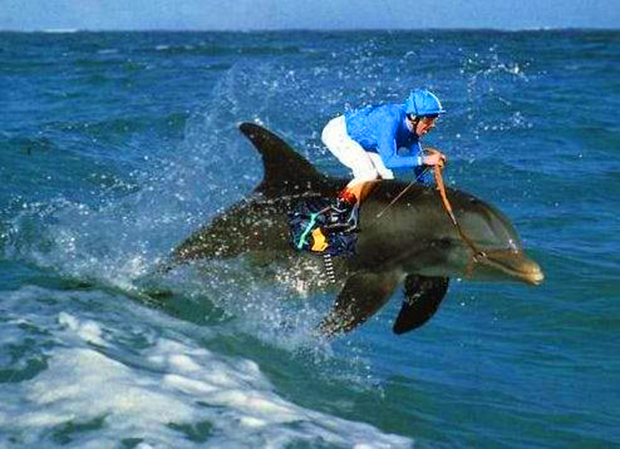 The Holy Spirit has been showing me that August is going to be a month of innumerous testimonies. There are many believers who are losing hope because they have been contending for things in their lives for such a long time, but it seems as if the heavens are brass. We have been hearing the word “breakthrough” for so long that it is beginning to sound like another buzzword.

For those of you who are saying, “It can’t get any worse,” it is not going to get any worse. After you have hit rock bottom, there is only way to go and that is up. August is going to be a month of extreme testimonies. This is what the Lord is showing me.

The Lord is connecting believers that are going to fuel one another’s anointing. They will walk in unity rather than competition. As Iron sharpens iron, they will sharpen one another. Together they will advance in one accord, break through and repossess the territory the enemy has stolen.

It will be like it was with Mary and her cousin Elizabeth. In the book of Luke, God sent the angel Gabriel to a virgin named Mary to tell her that she was going to conceive and give birth to a son, and she was to call him Jesus. At first Mary questioned the angel asking, “How can this be, since I do not know a man?”

Gabriel replied, “The Holy Spirit will come upon you, and the power of the Highest will overshadow you; therefore, also, the Holy One who is to be born will be called the Son of God. With God nothing will be impossible”.

He also told her that her cousin Elizabeth who was barren was also going to conceive in her old age. Mary did not doubt what the angel had told her, but she simply replied, “Behold the maidservant of the Lord! Let it be to me according to your word.”

After Mary had become pregnant, she met with Elizabeth. As soon as Elizabeth heard Mary’s greeting, the baby (John) leapt in her womb and Elizabeth was filled with the Holy Spirit.

Last year, the Lord gave me a word for a friend of mine. I saw a picture of her with three other ministers who had just spoken at a prophetic conference. He showed me a mat of firecrackers. As the fuse was lit on the first one, it started a chain reaction, igniting all the others after it. The Lord said, “These are those whom I have called to ignite the weary. The Holy Spirit will come upon them and the power of the Most High will overshadow them.”

The Lord is also showing me those who have faced fierce battles during the past few years. Satan has tried to sift them as wheat but they are going to come back stronger and strengthen their family and friends. Some of them feel as if they are in a stupor because they have become so battle weary. The enemy may have tried to neutralize them, but they’re going to rise up as the Lord gives them dunamis strength (power, ability) to endure.

The Lord is going to bring healing and quicken the bodies of many who have been battling infirmity. They will have testimonies that will astound others. They will become a sign and a wonder and people will witness and acknowledge the truth that “with God nothing is impossible”.

Scripture References:
As iron sharpens iron, so a man sharpens the countenance of his friend. (Proverbs 27:17)

For with God nothing will be impossible.” Then Mary said, “Behold the maidservant of the Lord! Let it be to me according to your word.” And the angel departed from her. (Luke 1:37-38)

And it happened, when Elizabeth heard the greeting of Mary that the babe leaped in her womb; and Elizabeth was filled with the Holy Spirit. (Luke 1:41)

We will see what happens on Aug 7th. I believe that here will be an important turn of events on the day, I have that date on my calander since last March, I do believe that the snare is closeing and people are not even aware of it.

August 7th. came and went and nothing visible happened , but I do believe that it is the start of the seven year tribulation. We are going to see big food shortages in the comming months and years. In out part of the world there are already big feed shortages for cattle and the rest of the cereal crops are way down. Starting around the seventh we have had one of our coolest and wettist Augusts on record. My advice is to stock up on food and seed if you grow gardens. Just saying. There are also many other signs that are in the air but I don’t have the time to write it all down.

Dave, most believe the tribulation will begin when the A/C makes a covenant with Israel or confirms an existing covenant, Dan.9:27. Often called Daniel’s 70th Week or Jacob’s Trouble.

Ive been so weary that I have stopped reading posts here on z3news. I come back to check the headlines but this one caught my attention. I am in agreement with you sister. I got a massive breakthrough yesterday with a job promotion that seemed impossible. Within DAYS of spoken word, it happened. I didnt expect this so soon. The Lord is good and love endures forever. If you find yourself being the real you (without any barriers) before the Lord, I have come to learn that this os OKAY ad God wants to cleanse you with his love and grace and show us that only HE is worthy and HE TRULY IS FAITHFUL. God bless you.

Yes Elaine. I’m being led to encourage as well. I just shared a testimony that was painful but it kept coming to mind that it would show the importance of having a close walk. Thank you for being obedient to share this. We are the body of Christ and each member with its gifts is needed. God bless.

https://youtu.be/SjvaZa382p0
The plane crash in Durango, México, you can hear in this video someone pleading the Name of Jesus. There were no fatalities from this accident.

TY for sharing this! It’s awesome! I’d read news reports here that were fulfilled doubting that country’s account of no fatalities but now I see: “the rest of the story “. …BUT, GOD!!!! HALLELUJAH

Be encouraged! 20 years ago is a long time when we have been standing and waiting for His promise to come to pass. 40 years ago may be longer but they are just an eyeblink to US WHEN WE LEAVE THIS FLESH HEAP.
I set out 40 years ago to sit on a mountain top to ‘find God’. His word to me, spoken prophetically was Isaiah 43

Do not remember the former things, nor consider the things of old. Behold, I will do a new thing, now it shall spring forth; shall you not know it? I will even make a road in the wilderness and rivers in the desert. (Isaiah 43:18-19)
…and, He has had me on the backside of this wilderness desert where I still live waiting on that fulfillment to fully be manifested …
that scripture was , btw, from the first prophetic word I opened to read here on z3 this morning. https://z3news.com/w/aime-rogers-words-africa-scotland/ and it encouraged me!!!?. Eye has not seen nor ear heard all the things He has promised us, to those He finds faithful, standing when He appears before the whole world! His ways are beyond inscrutable …but… He said He will reveal unto us, His friends, all of His ways and all His truth… why??? …
“Henceforth I call you not servants; for the servant knoweth not what his lord doeth: but I have called you friends; for all things that I have heard of my Father I have made known unto you”John15:15
PS. I have read somewhere that the dolphin symbolizes friendship. True or false, I have read too many stories of people being protected by a dolphin from shark attacks so I choose to believe it. ?

Penny, I agree with you that God will show you in a way that you will discern is His answer to just exactly WHAT He will bless!

Amen Elaine, This is right on time message for me. last night I had a dream where I was going to a church with a drive up window. The people in the car where telling me their order and I was repeating it into the speaker, but there was all this confusing outside the speaker. There was this bush right beside the speaker and these dogs were chasing a pig in the bush and making all kind of noise so I gave up and drove straight to the window to make my order, but the window was very small and she still could not hear me very well so I told her just give me what I ordered and I will sort it out later. One of my passengers was in a hurry to get home. so I get the order and decide to take it inside as we spread all the food out the baby does not want to eat, I said here I will take this apart and you can have just the chicken that was in the dish, because that is what she wanted, but now she did not want it mixed with the other stuff on it. I said, well just sit there then. Then all of a sudden a man comes bring a huge piece of meat like a steak it was rolled up and he unrolled and put it in front of me. I said, “oh my this is huge!” , he said, this is what you ordered, and it is really good you will enjoy it. I said, ok and started eating it. but these other people kept running around my table interrupting my meal and I got fed up with it. I grabbed them by the arm and throw them out of the restaurant. there was a man at the end of the table that knew me in times past and he could not believe I did that. I told him they were just causing trouble. end of dream the alarm clock went off. this dream is about church where people want to come and pick and choose what they want to believe and all this confusing is drowning out the truth. I want to get deep in God’s word, the meat you might say, but I have a lot of things hindering that time. But God is showing to take the bull by the horn and say no. this is my time to eat and you will not disturb me.

Donald Trump is good for the American Church:
https://www.youtube.com/watch?v=8fKde4L4m1w

Thank you Cunny, everyone should watch this video of the President meeting with Christian leaders in the White House. God has chosen this man for such a time as this.