You are here: Home » Prophecies » United States Prophecies » Atlanta Prophecies » “Atlanta will be the first to fall, followed shortly by Houston.”
Share this post: 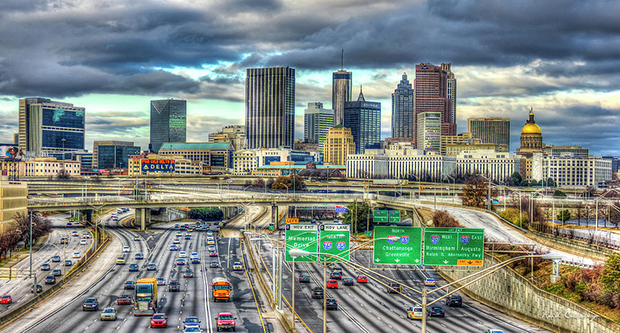 Prior to this word, I had a vision of Atlanta, where I used to live for a while. I felt strongly the new stadium is going to be completely destroyed.

I received the following word on May 10:

“Little one, you know what I have shown you to be true. Atlanta will be the first to fall, followed shortly by Houston.

A dirty bomb will come to a city and the inhabitants shall have no chance to flee. All these things must happen to atone for the sins of this nation. Come out of her, those who are righteous! Those who have ears to hear and eyes to see must heed the warnings of the prophets!! War is coming!

This nation shall no longer believe she has been blessed by Me. There will no longer be a greatest nation in the world. In My eyes, there are only My children and those who have turned against Me. All those who call upon My name will be sheltered underneath the shadow of My wing. Those who call on Me will neither thirst nor hunger. Those who look to their riches alone will come to ruin! The time is short. I will no longer delay this judgement, America, land of the sinners!”

Immediately afterwards, I saw an image of Houston and felt complete despair at the devastation that will occur there. More cities were included in the vision, but the Lord did not tell me to share them at this time.