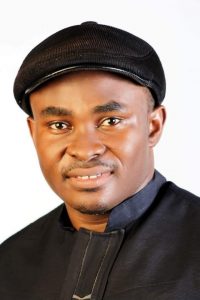 “His dead body was found by the local vigilantes the following morning in the bush where he was shot and killed by the herdsmen,” Ezeugo told Morning Star News.

“His killers, who are herdsmen, came to the hospital, specifically asked for him, didn’t harm anybody, collected his money, took him away, and killed him without asking for ransom,” Badon told Morning Star News. “What did he do wrong? Your blood will keep crying until justice is done.”

Chinedu had moved to Niger state after finishing medical studies at the University of Ibadan, Oyo state, to start the hospital, he said.

“Everyone loved him, always smiling, and he was one of the most hard-working persons I have ever known,” Badon said. “His hospital boomed because he was saving lives. If you had any problems, Emeka would be there to help.”

About 1,000 Christians have been displaced in Niger state following herdsmen attacks on their villages and are in urgent need of shelter, food and health care, according to humanitarian agency Global Christian Missions.

At least 14 Christians were killed in an attack on June 13 on Sabon Layi (Kushe) village, Kuru District, of Jos South County, sources said.

“So far, 14 corpses of Christians killed have been recovered as of 1 a.m. [June14],” Dung told Morning Star News in a text message.

Area residents Mathias Dilyep and Isaac Solomon confirmed the attack to Morning Star News. Area Sen. Istifanus Gyang, a member of Nigeria’s parliament, the National Assembly, issued a statement in which he demanded the government immediate stop such attacks.

“We need more reinforcement of security operatives in our various communities to curtail this heinous act,” Gyang said. “Government has a burden, which is constitutional, that is to protect lives and property, so the government has to take responsibility for its citizens.”

“Personnel of the command and the military have been deployed to the affected area,” he said, adding that investigations were underway.

Ezekiel Bini, president of the Irigwe Development Association, issued a statement on June 14, saying herdsmen also wounded two Christians in the attack. They were receiving treatment at Jos University Teaching Hospital and at Enos Hospital in Miango town, he said.

“It’s unfortunate that we have continued to bury our people on every attack by Muslim Fulani gunmen without anything being done to stop the killings by the authorities,” Bini said.

Also on June 12, a Christian farmer identified only as Bulus was shot dead by a group of herdsmen as he worked his fields at about 9 a.m. in the predominantly Christian community of Dong, Jos North County, an area resident said.

“Christians in Dong village are becoming endangered,” area resident Beatrice Audu told Morning Star News. “Bulus was striving to provide decent living for his family. For how long should we continue to live like this?”