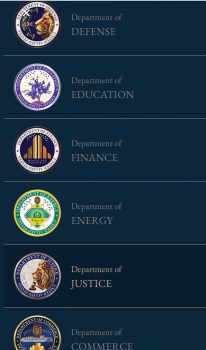 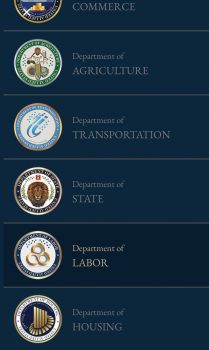 VISION – “The vision of the UAS is the establishment of a worldwide, sovereign nation of states, each offering its residents an unparalleled level of freedom and prosperity.

Utilizing principles that are proven to facilitate economic growth and foster the creation of wealth, the UAS will promote the values of individual freedoms; respect for human life; and free enterprise. All with the fierce determination to drastically impact the lives of, not only its citizens, but its allies, partners and the continent of Africa as a whole.”

FREEDOM AND PROSPERITY – “The United Allied States creates freedom and prosperity for its citizens by limiting government, reducing politics and guaranteeing individual rights”

EXPANSION THROUGH COLLABORATION – “Utilizing a new model of Sovereign Special Economic Zones, the UAS establishes permanent states that act as a beacon of opportunity and prosperity in regions suffering from economic hardship and instability, providing well paying jobs to day laborers in partnering countries, pouring money into the local economy and opening up resources and infrastructure that would otherwise be impossible to obtain.”

OUR PRESIDENT – “The President’s roles include enforcement and shaping of federal law, the responsibility of appointing federal executive, diplomatic, regulatory, and judicial officers, concluding treaties with foreign powers and directing the foreign and domestic policies of the United Allied States.”. President will be elected 7/30/20 – Source If I were a betting person, my money would be on Barack Obama being named as the President of the United Allied States!

Interesting choices of a lion (frequently used to represent God symbolically) and the inclusion of a palm branch.

Youtube Channel Kurt Juergens Sr Guiding The Brides Home’s video shows that Obama, the AC, will enter in July during simultaneous attacks which is the translation in the UAS logo on the gold banner under the lion.

More details shared by Youtube Channel, Steve Fletcher, regarding the United Allied States, in the video below.

Steve Fletcher shares how Obama is linked to FinTech, the official Technology Partner, of UAS. Obama told Trump’s Administration to allow FinTech to “flourish” in this article.

Tisha B’Av, the 9th of Av from sunset on July 29th to nightfall on July 30th, is the DATE that BOTH TEMPLES were destroyed in Israel. In Hebrew, it is 911! 9th day of the 11th month on the social calendar of Israel.

Apollo is referenced in Revelation 9:11 which connects to July 30th!

“And they had a king over them, which is the angel of the bottomless pit, whose name in the Hebrew tongue is Abaddon, but in the Greek tongue hath his name Apollyon.”

Here is some more information regarding the 9th of Av from this website:

“day of mourning that recalls the many tragedies that have befallen the Jewish people over the centuries, some of which coincidentally(?) have occurred on the ninth day of the Hebrew month of Av. In particular, the following tragedies are all said to have occurred on this very day:

1. The LORD decreed that the original generation rescued from Egypt would die out in the desert and be deprived from entering the Promised Land because of the Sin of the Spies (Num. 13-14)
2. The destruction of the First Temple (Babylonians, 586 B.C.)
3. The destruction of the Second Temple (Romans, 70 A.D.)
4. In 135 A.D. the Jews rebelled against Roman rule under the false Messiah Simon bar Kochba and were destroyed by Hadrian in the battle at Betar.
5. The Gemara relates that Turnus Rufus, a Roman officer, plowed the area of the Temple under. Rambam (Maimonides) added that all the homes in Jerusalem were likewise ploughed under at this time.
6. The expulsion of the Jews from England in 1290
7. The expulsion of the Jews from Spain in 1492”

Hi Expat Gal, Thankyou for your service to the body of believers. On 12th June I had an open vision of a lion.He had blazing eyes and rays coming out around his head (as in the picture of the Great Seal of the UAS) Below the lion was what looked like 2 asteroids/ falling stars or possibly missile streaks which appeared to be falling with flickering at the top end of them. I had never heard of UAS before I read this post and I’m amazed at the similarity of what I saw with the lion image on the seal of UAS. For 2 weeks after this vision I asked for more understanding, I couldn’t tell if the lion I saw was depicting The Lion of the Tribe of Judah or the lion that prowls around seeking whom he may devour. This post has confirmed what I saw. I’m wondering if the 2 flaming streaks I saw are related to what was discussed on the video about “simultaneous attacks” encoded on the banner. Some observations from the Great Seal of UAS I had were, firstly, there appears to be “a yoke” on the lion and one side has the palm branch and the other side has the crossed swords. This brought to mind Matthew 10:34, “Think not that I am come to send peace on the earth:I came not to send peace but a sword” and also Jesus’ words in Matthew 11:29 “Take my yoke upon you, and learn of me; for I am meek and lowly in heart:and ye shall find rest unto your souls” The word antichrist can mean “one who stands in the place of or instead of Christ” Perhaps he will even speak Christ’s words and claim them as his own. The Fin tech logo has… Read more »

I had looked up the word “simulatque” on the Great Seal of the United Allied States.

It appears to be an odd Latin word, meaning ‘As soon as’. It does not make sense to be on a seal.

I don’t know if this word is Latin, but it does not appear in other languages.

It’s “ libertatum simul” which means either “freedom” or “liberty” “simultaneously”.

thanks. The print is small and hard to see.

Sadhu Sundar Selveraj stated that the antichrist would have 3 headquarters on earth. Political (Berlin), Religious (Jerusalem) and Economic, which he didn’t state. The last I would say this could possibly be a financial center like Dubai or Durban which are located in the proposed UAS. What do you supposed saints?

Expat Gal… Dr William B Mount.. World Banks Covid project. I have seen a couple of his previously but not for a very long time.. But as I saw this headline I felt prompted to listen to the message.

Thought it best to send link on this post.. .titled World Banks Secret “Covid Project..5 G installation.. it has nothing to do with Virus see for yourself. World Bank Document:. Expected Project Approved Date 02 April 2020.left lower side of screen – then Expected project closing date 31 March 2025..( right lower side of screen.)
Total funding $500 billion US tax dollars.

it says get the shot= vaccine or be fema camped..by Human Development Practice group.

Hi Anne – where does this say that? Ive looked in the document and that isn’t in it. I assume he is making assumptions. Note that Ive not listened to the video just downloaded the document

Watcher – the info was on Before its news with the video showing the document and the other info was written there as well below the video.. I have taken note what expat gal has mentioned in her reply also & i have taken her advice. thank you .

Sorry Anne but do you have a link to those documents? Im struggling to find them

Watcher – originally I found Dr William Mounts Video on Before its news site.. A) .https://beforeitsnews.com/politics/2020/06/the-world-banks-secret-covid-project-5g-installation-3199846.html post dated June 26 2020.. …Now I have seen a few of William Mounts before but not for a while.. It was just that the BIN heading caught my attention – The World Banks Secret Covid project-5G installation.. that is where the info was : and the info-white document William Mount talks about in the video. 2nd.I typed in World Bank Covid projects today & found link to B.) B) https://www.worldbank.org/en/about/what-we-do/brief/world-bank-group-operational-response-covid-19-coronavirus-projects-list Another site I take a look @ & read is one site called Wake Up N.Z. …& there is a lot of info on this site re nwo. + many other things….& they do have an article on the World Bank & IMF. etc.. all these are just the many branches that are working together in the world to fulfill Biblical prophecy of the Beast system.I have been researching as the Lord leads me since 2011 ..& a bit before. The Church I attended looked @ the strongholds of Freemasonary . ..in the UK. & US.. + its infiltration into many other countries including Australia.. N.Z.also…from UK. C) http://www.wakeupkiwi.com/nwo-globalist-agenda-1.shtml#WorldBank… nwo-globalist agenda there are 3 Parts with different headings in Blue print : much info to read… World Bank in Part 2.-click on: as u scroll down the page you will see World Bank. Separate Subject: to the left of the page are different headings in Black print with white background : I read these also-re Depopulation agenda as per the Georgia Guidestones.. many Elite have there $ rich homes & I know Barak Obama & Hilary Clinton have visited N.Z 2018,or 2019 ..Ticket only events to promote themselves.as well as visiting Sydney & Melbourne Hilary Clinton is good friends with leftist leaning PM.… Read more »

Hi Anne – Thanks for the information. I used to listen to William Mount but I was led away from him because I found deception mixed in with truth, just like Alex Jones (Info Wars) & some other “truthers” that I believe are paid disinformation agents. However I fully expect to see the World Bank, IMF & UN become linked to & eventually integrated into this new system.

I agree that the cruise line passengers were test subjects of 5G. I researched the ships & they had 5G installed.

I’ll listen to the encouraging talk. Thank you. 💝

Thanks Expat gal – appreciate what you have mentioned… . I have only seen a few of his ..but did not know much about the man-person.. so thanks for your wisdom.. It was the Document he showed plus the Covid project dates that caught my attention.. project start April 2020 & completion in March 2025.

I will stay away from his as you have advised.