You are here: Home » Prophecies » “Ancient prophetic and apostolic mantles will come upon many people in this generation as the time of the end draws near.”
Share this post: 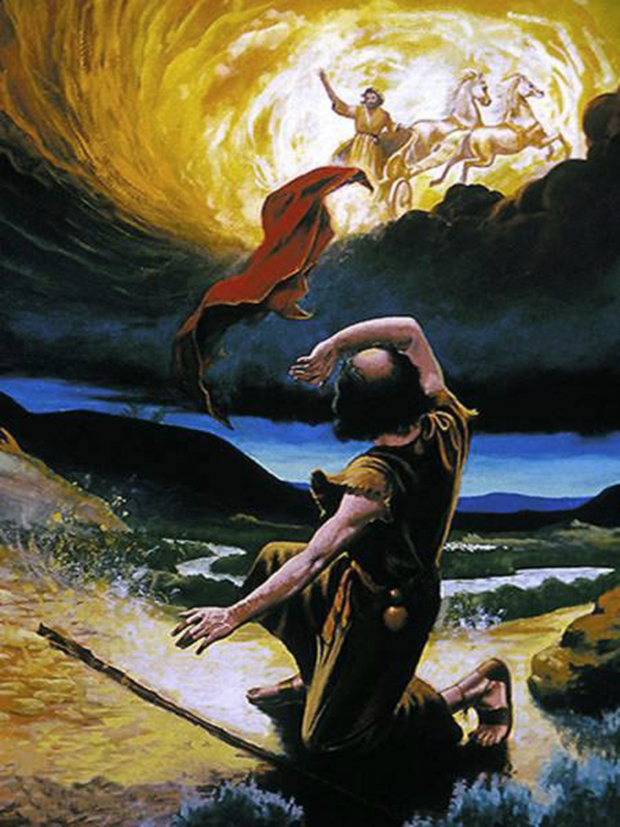 In the first vision, I was carried by the Spirit to a very old mansion. It was not well kept and everything was covered with dust. In places, the dust was over an inch in depth. The lighting was very dim and as I walked slowly through one room, I passed by what looked like an old picture frame on the wall. It too was covered in a deep layer of dust. The odd thing was that the dust appeared to be over a three-dimensional object. As I cleared away some of the dust, I saw that this was a large diamond pendant on a gold necklace. It had been framed because it was too large to be worn around someone’s neck.

As I pondered the meaning of this object, I heard the voice of the Lord saying:

“I have hidden many treasures for My people and I am now opening their eyes to see what I have provided for them.”

I understood that the diamond represented a store of spiritual treasures. The words of Revelation 2:17 came into my mind,

“He who has an ear, let him hear what the Spirit says to the churches. To him who overcomes I will give some of the hidden manna to eat. And I will give him a white stone, and on the stone a new name written which no one knows except him who receives it.”

Many Bible scholars believe the white stone is a diamond. This diamond shown to me by the Lord represented the reward for those who overcome. Are you an overcomer? If you are, begin to open your spiritual eyes to see the treasures the Lord has stored up for you. We have entered into a season of light and the light is revealing the good things of the Lord.

“Do not be deceived, my beloved brethren. Every good gift and every perfect gift is from above, and comes down from the Father of lights, with whom there is no variation or shadow of turning. Of His own will He brought us forth by the word of truth, that we might be a kind of first fruits of His creatures.” (James 1:16-18)

Next, I was shown an outdoor scene. A blue laser light from heaven was touching the ground. As it slowly moved further away from me, I saw that it had cut a huge trench in the ground dividing the earth into two halves. I saw many people gathered on both sides of the trench. I heard a voice making this decree;

The decree reminded me of this scripture:

“And He will set the sheep on His right hand, but the goats on the left. Then the King will say to those on His right hand, ‘Come, you blessed of My Father, inherit the kingdom prepared for you from the foundation of the world: for I was hungry and you gave Me food; I was thirsty and you gave Me drink; I was a stranger and you took Me in; I was naked and you clothed Me; I was sick and you visited Me; I was in prison and you came to Me.'” (Matthew 23:33-36)

I was then taken back into the mansion and I found myself in another very dark room. In the low light, I saw an interesting object. It was a very old and ornate cape placed over what looked like a mannequin for a seamstress. Again, I heard a voice saying:

Are you ready for a new mantle which is in fact very old? Are you ready to take up your authority to speak the Word of the Lord in a rebellious and evil generation? Are you ready to stand with the Lord regardless of the things which may come at you for your faith? If you answered yes to these questions, be ready to receive an awesome gift and responsibility from the Lord. Begin to expect it now. Amen?