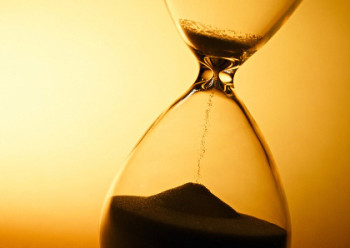 Word received July 24 2015: Oh America, America, the nation once so bright for My Name, you have sealed your fate with your wicked ways, and the days left for you are numbered.

Then horrors shall fill your streets. The dead will outnumber the living, and the sounds of war will fill the ears of your people. As you have trampled over others, so shall your enemies now trample over you.

Your people shall rummage for food, where once it was abundant. They will thirst for pure water, because they have rejected Me, the living water. They shall cry for mercy but find none, as they have shown none to My people.

Prepare to meet your fate, America.You have been weighed, and found wanting. Your reign of power has come to its end.

25 And this is the writing that was written, Mene, Mene, Tekel, Upharsin.

26 This is the interpretation of the thing: Mene; God hath numbered thy kingdom, and finished it.

27 Tekel; Thou art weighed in the balances, and art found wanting.

28 Peres; Thy kingdom is divided, and given to the Medes and Persians.

Jeremiah 2:5  Thus saith the Lord, What iniquity have your fathers found in me, that they are gone far from me, and have walked after vanity, and are become vain?

Jeremiah 2:13  For my people have committed two evils; they have forsaken me the fountain of living waters, and hewed them out cisterns, broken cisterns, that can hold no water.

19 Thine own wickedness shall correct thee, and thy backslidings shall reprove thee: know therefore and see that it is an evil thing and bitter, that thou hast forsaken the Lord thy God, and that my fear is not in thee, saith the Lord God of hosts.

20 For of old time I have broken thy yoke, and burst thy bands; and thou saidst, I will not transgress; when upon every high hill and under every green tree thou wanderest, playing the harlot.

21 Yet I had planted thee a noble vine, wholly a right seed: how then art thou turned into the degenerate plant of a strange vine unto me?

22 For though thou wash thee with nitre, and take thee much soap, yet thine iniquity is marked before me, saith the Lord God.

Jeremiah 5:29  Shall I not visit for these things? saith the Lord: shall not my soul be avenged on such a nation as this?

Details of what will unfold are found in Deuteronomy 28; it has the blessings the United States enjoyed and it includes the curses that will unfold. . . it’s more than ANY of us could ever imagine will happen. Prayerfully read it, but hold on to Jesus because it’s painful.

Thirty days after the SCOTUS decision against Almighty God, Holy Spirit began speaking to me much the same as He has to you. He has continued to speak to me since.

Few stood to oppose the SCOTUS decision. America was given yet one more opportunity, August 4, 2015, when the first Planned Parenthood hidden agenda video was aired, again with very little opposition. Twice God gave our nation opportunity to choose to do what was right in His eyes and twice Americans chose the wide path to their own destruction. Judgement has been pronounced against this nation. It has been settled in heaven.

We have become a nation of fruitless trees and polluted waters. Indeed America has been weighed in the balance and found wanting.

Hi Glynda. Will these things happen before or after the rapture.? I’m still learning, don’t have the knowledge that you or James have. Thank you, Jim.

I can answer that for you. These things are coming long before the rapture. It begins this year.