You are here: Home » Prophecies » “America as She Was Will Be Remembered No More”
Share this post: 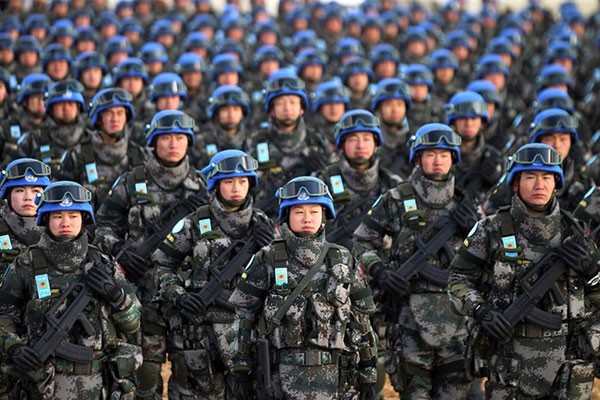 I had this dream in the early morning hours on May 25 2016.  This was a new experience for me having an “open vision” while dreaming, if that even make sense!

I dreamt I was sleeping in my bed and dreaming when I was awakened by an open vision that began as a black and white television cartoon being played on my bedroom wall like a projector.  Eventually the cartoon characters faded away, replaced by a broadcast coming into focus.  I saw a parade of blue military tanks going down the road. I knew I was facing north and so the tanks were moving in front of me from right to left (east to west).

After seeing the tanks, I saw scenes of chaos and violence between people.  Then I saw a hospital scene where a young lady had lost her face. It was in a metal tray.  I watched and realized her body had been separated in pieces, so her upper torso and arms were attached to her head, but her face was gone.  With her arms and hands, she covered the place where her face would have been as if in embarrassment.

I watched as the nurses began to move her various pieces in preparation for surgery.  I thought to myself, “How would they ever put her back together?”

On the bed where the lower half of her body laid, there was a fake head or “bust” of a plaster head laying as if they were somehow keeping a placeholder for the head to be reattached.  None of this was gross in the dream, but it did seem very strange and disturbing to me.  End of dream.

I asked, “Father God, was this dream from you?  Please give me understanding.”

“This dream is from my Father.  He desires to show you the current state of America.  The dream should be interpreted in reverse order.  What is to come will result in America ‘losing face’.  She will face much mockery.  She will be cut into two pieces.  There will be those that will want to try to put her back together again, but it will not be possible.  She will be irrevocably torn in two.  After this happens, chaos will ensue.  America will be decimated by her enemies and conquered.”

“America, in its’ current form, will be remembered no more and will fade away from the pages of history.  What once was, and now is, shall be no more.”

Interpretation:
I believe the young lady who was torn into two represents Lady Liberty.  The country we once knew, which was once known by the world to be all-powerful and honorable as one nation under God, is now being made into a mockery by our own sin and rebellion.

The face that was removed because the face of America has changed.  We are no longer a nations of Christians who uphold basic Biblical values.  The face of America now looks like satanic worship, Muslim extremism, and LGBT rhetoric.

I feel that the “cutting into two” of her body can be thought of both metaphoricaly/spiritually and physically.  We are seeing our country divided today over the election between Hillary Clinton and Donald Trump.  To much of the world, our current political process has already made us a laughing stock due to unprecedented rioting associated at pre-election rallies.  The election is a polarizing topic for young and old alike.  Even many of our own citizens are completely ashamed of what our country has become with The One True God removed from every facet of our society as many are looking to the likes of Clinton or Trump as saviors.

Many prophetic voices have warned about an escalation of violence leading to marshal law.  I believe there are people, including our own leaders, who want to see us destroy ourselves, and like sheep to the slaughter many seem happy to oblige.

I believe the portion of the dream where the “false head” was lying above the lower torso points to a false leader who will be set in place for a time as our President, though he/she will never truly lead our country since it won’t be possible to put it back together again.  That false leader will just be a puppet controlled ultimately through the antichrist.

Physically, there are many prophets who have seen in dreams or visions the splitting of America in two along the New Madrid fault line, perhaps following our involvement in dividing Israel.  I was not shown the timing, but there was a finality of the lady not being able to be put back together.  In every way, she was broken apart.

Many of us are praying for America to be restored, one nation in unity under God, but I believe that is no longer possible because God has declared (redemptive) judgment must come upon our wicked nation.  A people divided against itself will fail.  As in the dream, a body once cut into two can’t be put back together again.

I did not see a logo on the blue tanks, but I believe they belonged to the United Nations.  Even while in the dream, I thought about the UN when I saw them.  Upon awaking, I looked up the UN colors and they matched the blue shade of the UN flag.

As a people we are being divided like the wheat from the tares.   Our own federal government may even welcome the UN military forces into our country under false pretenses of re-establishing order.  When they say, “Peace and safety,” beware!

Jesus said to me, “America will be decimated by her enemies and conquered.”

I believe some time after UN involvement and marshal law, our country will be attacked by foreign troops.  Other prophetic voices have seen attacks on American soil by China and Russia.  I believe we will see this occur, and America will cease to exist as one nation.

As Jesus said, “America as she was will be remembered no more.”