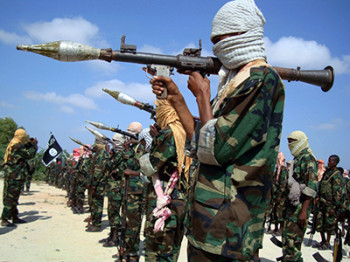 Rumors of war in Israel have increased after a failed attempt by Syrian forces to expel rebel forces from the Golan villages along the Israeli-Syrian border. Israeli forces are on heightened alert to the threat of Al Qaeda attacks on Israeli army patrols along the border, which could quickly escalated into a multi-front war.

IDF command is deeply concerned by developments of the last three weeks in the southern Syrian sectors facing the Israeli and Jordanian borders: The offensive the Syrian army launched Oct. 8 to clear rebel forces out of the areas adjacent to Golan – and draw a continuous line along those two borders – has been brought to a standstill.

Two militias allied with al Qaeda’s Nusra Front stand in the path of the Syrian advance and stopped it in its tracks. Our military sources name them as The Islamic Muthanna Movement and the Harmayn Brigade. Nusra itself has been able to seize land along the bank of the Yarmuk River not far from the Syrian-Jordanian-Israel border intersection, creating another obstacle. [Continue reading]

These developments are even more significant in the light of a prophetic word from Cathy Lechner at the start of 2013. She said the Lord spoke this to her, “You will be forced to engage in a new war. There is going to be a new war declared that will be costly to lives and financially expensive to this nation. America will be drawn into it.” See my previous post: The Bottom Will Drop Out of Our Economy and Banks Will Fail in 2013.

Believers need to pray now for the peace of Jerusalem and all surrounding areas.