You are here: Home » Church » Testimonies » A Throne Room Encounter That Changed Everything!

A week ago I had one of the most unexpected and transforming encounters of my life. I am praying that the Spirit will help me to share it with you so that you can truly experience the transformation as well.

I was in our Sunday service here in downtown Portland, Oregon. As always, worship was powerful and beautiful from the moment we began. Then, I found myself being drawn into a place in the spirit that I had never been before— at least not like this. I was no longer in Portland but I was going to a heavenly place. As I was moving from one realm (the earthly realm) into the other (the heavenly realm) I began to experience every grief, burden and “battle outcome” being swallowed up by the sound of heaven.

I suddenly found myself bowed down in The Throne Room where I was absolutely overwhelmed and overtaken by the kindness of God, the mercy of God, the holiness of God and the absolute victory of God. I began weeping uncontrollably— not because I was sad but because it caused everything in me to cry out, “Holy, holy, holy!”

I could see other people coming from earth to heaven and as they did, all defeat and death was swallowed up in the victory of Jesus. This place was so vast and yet so full— but FULL of every aspect of God. Waves of “who he is” wound wash over me, one after another, and I’d bow down even lower while crying out, “Holy, holy, holy are you!” A wave that revealed his kindness would come and take my breathe away because it would fill every part of this place and everyone (and every being) within it. Then a wave of his mercy would come and the same thing would happen— and so on. I never wanted to leave this place because I was absolutely free of every sense of defeat and immersed in complete victory. Eternal victory!

When I began to experience my spirit returning to the room on earth, I passed through a place where I saw the enemy. He was holding two playing cards— one said, “Victory” and one said, “Defeat.” Then without any words spoken to me, I suddenly knew that as long as the church (His sons and daughters) had an “outcome” mentality of victory or defeat that it enabled the enemy to play that card again and again. He held the victory card for himself and played the defeat card against the saints of God. But it was us who were empowering him to play it and even to hold it.

I knew that the Lord wanted us to have our minds renewed with the imperishable victory in found in heaven (that swallows up death and defeat) and become a people who view and believe that for those “in Christ”, victory is the only outcome— no matter what our natural eyes see or circumstances seek to dictate.

In that place (The Throne Room) death and defeat was swallowed up in absolute victory and all I could do was cry out “Holy.”

God is desiring a transformation from being an “outcome minded” to “overcoming minded” people. We must remove the card that says, “Defeat” from the enemies hand so that he cannot play it against us any longer. Every time he plays it and it is believed (due to not seeing the outcome we desired or hoped for) it releases doubt, defeat, depression and disillusionment which opens all kinds of doors to become more worldly minded. We move further away from the awareness of His holiness and begin to embrace the lies that we are defeated. We are to be heavenly minded and everything that we experienced is swallowed up in the victory that Jesus secured for us over 2000 years ago. Every experience, even the painful ones, should draw us closer to heaven where we are healed by who He is and every attribute that is within Him. The hard “perishable” (temporal) experiences should be brought to the imperishable (eternal) truth and clothed with garments of praise. Then our weeping would even cause us to cry out, “Holy!”

The enemy is using this defeat card as his “trump card” (a valuable resource that may be used, especially as a surprise, in order to gain an advantage) against God’s people. It’s time to play it against him and pull it from his hand.

I am not saying that hard things will stop happening here on earth if we remove this card from Satan’s hand. But if we renew our minds so that the only possible outcome for those in Christ is victory then the “effects of believing defeat” will stop devastating our souls through these temporal circumstances and trials.

I want to say this with absolute conviction, “ULTIMATELY, FOR THOSE IN CHRIST- THE ONLY OUTCOME IS VICTORY.” That was what I took away from this thirty minutes in The Throne Room.

“When the perishable has been clothed with the imperishable, and the mortal with immortality, then the saying that is written will come true: “”Death has been swallowed up in victory.”” 1 Corinthians 15:54

In that place I was clothed with the imperishable— the eternal— and experienced everything relating to death and defeat being swallowed up in victory. EVERYTHING!

I am praying that God would, by his Spirit, transform our minds and beliefs to become an “overcoming minded people” rather than an “outcome minded people” that have a victory or defeat mentality. Let’s pull that defeat card out of the enemy’s hand leaving him with only a victory card that declares “his defeat!”

Jeffrey and Kathi Pelton are teachers and authors who understand our culture’s need for encouragement and hope. They escort individuals into awareness of God’s profound compassion and mercy that heals brokenness, and they have a unique ability to help anyone seeking pathways into His kind embrace. For several years, they have led a house of prayer located in Kelowna, British Columbia. Currently, they travel internationally, working with prayer and prophetic movements. Kathi writes articles and books and contributes to various blogs that she and Jeffrey maintain. They live in the Washington DC region and have four adult children, three are married and three grandsons. 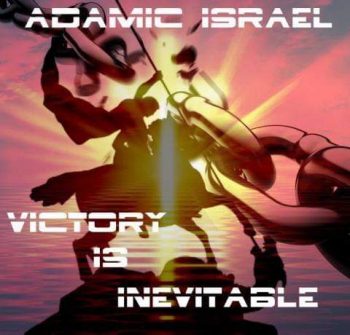