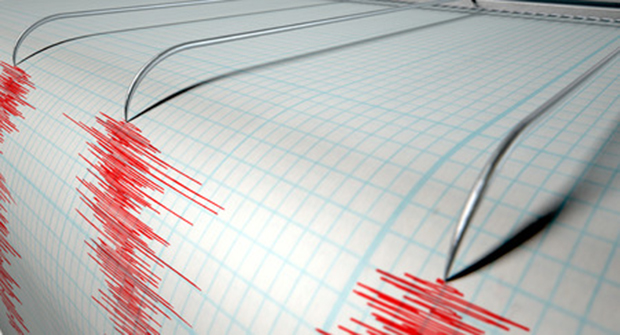 Back in 2012, The LORD showed me that when California, USA will get a 5.7 magnitude earthquake, then it should be known that the mega historic earthquake will be happening shortly therein, thereafter. How short is shortly; only The LORD knows. But in the vision (supernatural dream) of The LORD, it was an extremely close time-frame.

So on 22nd September 2017, a 5.7 magnitude earthquake struck offshore near California. The news channels reported as follows:

“A shallow magnitude 5.7 earthquake struck beneath the Pacific Ocean off the Northern California coast Friday afternoon, according to the U.S. Geological Survey. According to the USGS website, the quake was felt by some people in the greater Eureka area.”

It made me deeply meditate upon that particular vision of The LORD of 2012, especially now that California’s neighbor (which is indeed USA’s neighbor) Mexico is rumbling and shaking in a historic manner, in the last couple of weeks and days.

While posting and sharing across the prophecy of The LORD back then in 2012 (29th May), I titled it as follows:

“A Prophecy (Dream) Where I Was Shown a Series of Earthquakes Imminently Going To Hit California, USA: a 5.7, and then a 7.5 and finally a 9 or 10 on the Richter scale.”

I furthermore stated as follows when posting and sharing the prophecy of the LORD in 2012:

I then promptly started proclaiming to those present in this gathering while under the inspiration of a powerful voice which was very amplified (the voice of the LORD) “Repent!!! Repent!!! This is what the LORD has been sending across the globe to be His ultimate sign/warning of the very imminent coming of Jesus Christ to Rapture His bride!!!”

After a short while later, while still in the wedding ceremony, we felt another earthquake and this time the news reported over the radio (I don’t know which radio this was, but I believe it represents all the communication gadgets like mobile phones etc) stated that another huge earthquake had once again just occurred again in California, USA at a magnitude of 7.5 on the Richter scale. I myself together with those present in the wedding felt the shaking and it was very clear that this second shaking was bigger than the 5.7, which had hit earlier. I then found myself proclaiming to the people present as I once more talked in a very powerful inspired voice, “There is still a bigger earthquake coming to California, USA and this time it will be a 9 or 10 on the Richter scale!!!”’

NOTE: Incidentally, I attended a scheduled wedding on 23rd September 2017, and it is on the same day that I got the news of the 5.7 magnitude earthquake that had hit California, USA. That definitely goes accurately as per the words of The LORD, in that vision of The LORD 5 years ago. In my entire life, I have attended about 5 weddings. I happen not to be a “fan” of attending weddings, per se, somehow. The wedding I attended on 23rd September 2017 was the first wedding I have attended in this year of 2017.

With California’s neighbor (and indeed USA’s neighbor) Mexico in a historic seismic motion and rumbling at the moment, it makes me to meditate deeply and reflect very deeply about California, USA soon being hit by a mega historic earthquake; at the perfect timing of The LORD.

“Now as He sat on the Mount of Olives, the disciples came to Him privately, saying, “Tell us, when will these things be? And what will be the sign of Your coming, and of the end of the age?” And Jesus answered and said to them: “Take heed that no one deceives you. For many will come in My name, saying, ‘I am the Christ,’ and will deceive many. And you will hear of wars and rumors of wars. See that you are not troubled; for all these things must come to pass, but the end is not yet. For nation will rise against nation, and kingdom against kingdom. And there will be famines, pestilences, and earthquakes in various places. All these are the beginning of sorrows.” (Mathew 24:3-8)

Your Brother in Christ Jesus, and a Shepherd of The LORD

Reports of earthquake swarms in the Bay area. Watch for the 7.5. https://www.zerohedge.com/news/2018-02-23/what-just-hit-us-bay-area-rattled-unusual-quake-swarm-trains-delayed

I saw, in a dream, some people had us held up in a warehouse, type place. I had a stage in it, with the big stage curtains. They were trying to keep us from knowing something and I knew it was big. My brother and I decided we would distract them and take this hand held meter, they continued to keep watch on. In our minds we knew it to be an earthquake meter. When we grabbed it, we had to run from them. We jumped in a white panel van. When we got in, I started to look and I saw 2 circles that were of a medium sized earthquake, then there was a huge circle, Which I knew was off the charts. I wasn’t shown where, I just knew it to be in the USA. I feel, this will be happening very soon.

Is this a co-incident? Hmm
https://www.google.com/amp/www.telegraph.co.uk/films/0/geostorm-has-ever-worse-time-release-gerard-butler-movie-world/amp/

I saw the date Oct 9 mentioned by Mark and I had an experience where I believe God was highlighting this date. Back in March of this year the Lord had me studying about the word Columbia which led to Columbus. That same day someone calls our office and asks if we are open on Columbus day which is Oct 9. That had to be the Lord as who would be asking about Columbus day in March. No further word given on it.

Thanks for the confirmation Damon.

Sorry this is off-topic, but I wanted to share this information from LINDA (CLAY) HASCHE, “Are You Ready for the Eventual Vatican Announcement about Aliens which are Fallen Angels/Demons?” (9/28/2017).

I wasn’t going to post this here because I don’t want to raise a false alarm but for what it’s worth, the night before last I dreamed that Oct 6 and 9 were marked on a calendar with a red highlight circle. Shalom.

I had a dream a few nights ago…I was in the US in a restaurant standing by the window looking out side. There was a power outage, but at first I could still see some lights on outside. People in the restaurant were basically shaking their fists saying “might as well have lost all the power” in a scornful way. Shortly thereafter the remaining lights flickered and then all power was out both inside and outside. I had a sense/sort of a repeating voice that it would happen the first week of October, which immediately follows the Day of Atonement and that is Dutch’s birthday too lol

Thanks for sharing that Mark. A couple of weeks ago, I saw the markets started dropping on a Thursday afternoon and continued dropping all day on Friday. So, I’ve been watching for it, but I don’t think it starts today because I saw a spike up to 2515 that hasn’t happened yet, but next week seems likely. Next Thursday is October 5, so your dates fit perfectly. October 5 is also the first day of the Feast of Tabernacles, also called the Feast of Trumpets. I believe it is a significant date on God’s calendar.

Fat B
Reply to  James Bailey

James, are you going to jump in UVXY when the s&p goes to 2515? Also are you still thinking that UVXY goes to $60?

Hey Mark. Shalom. Thank you for sharing. Jemba and I recently had a conversation around a 6 and 9. I think you fought a battle to share this and may still be fighting off an attack. The LORD strengthen and encourage you. “Be strong in the LORD” From a ‘Sidewalk Prophets’ song ‘these are the things i would say’ Love Jane

Last big Calif. quake anniversary on Oct. 17….Loma Prieta Quake on a branching section of the San Andreas Fault Line in Calif. back in 1989. It stopped the World Series, for a time. Be prayed up and measured up!

One of my favorite sites, due to the reverence for the Word combined with fresh, prophetic insight he is blessed to receive. Very worthwhile to delve into.

Everyone seems to be focused on a California earthquake. If you will recall, there are huge earthquakes which will happen in 3 different arts of our nation. To me it says everyone should be prepared

The entire Ring of Fire seems to be waking up. Large earthquake occurred in Japan yesterday. Today, Mount Agung is expected to have a major eruption. 75,000 have been evacuated. Just like in Kevin’s vision with the 5.7 flipping to a 7.5 for the second earthquake, sometimes the 5 and 7 flip in other events. Keep an eye on this one.
https://www.theguardian.com/world/2017/sep/27/bali-volcano-will-mount-agung-erupt-and-what-happens-if-it-does
http://www.express.co.uk/news/world/859280/Bali-volcano-update-Mount-Agung-eruption-latest-seismic-graphs-news-maps-warnings-live

Danger area is in a circle surrounding the volcano at 7.5 miles. http://www.express.co.uk/news/world/859291/Bali-volcano-update-Mount-Agung-video-Bali-news-latest-warning

Let us pray fervently that California, Bali, and the world experience such great repentance and renewal that the Lord cancels His fearsome judgements.