You are here: Home » News » Financial News » 28 Signs Of Economic Doom As The Pivotal Month Of September Begins
Share this post: 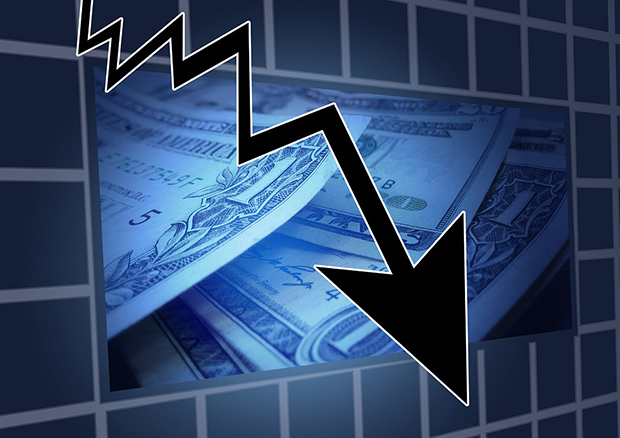 Since the end of the last recession, the outlook for the U.S. economy has never been as dire as it is right now.  Everywhere you look, economic red flags are popping up, and the mainstream media is suddenly full of stories about “the coming recession”.  After several years of relative economic stability, things appear to be changing dramatically for the U.S. economy and the global economy as a whole.  Over and over again, we are seeing things happen that we have not witnessed since the last recession, and many analysts expect our troubles to accelerate as we head into the final months of 2019.

We should certainly hope that things will soon turn around, but at this point that does not appear likely.  The following are 28 signs of economic doom as the pivotal month of September begins…

#1 The U.S. and China just slapped painful new tariffs on one another, thus escalating the trade war to an entirely new level.

#2 JPMorgan Chase is projecting that the trade war will cost “the average U.S. household” $1,000 per year.

#3 Yield curve inversions have preceded every single U.S. recession since the 1950s, and the fact that it has happened again is one of the big reasons why Wall Street is freaking out so much lately.

#4 We just witnessed the largest decline in U.S. consumer sentiment in 7 years.

#5 Mortgage defaults are rising at the fastest pace that we have seen since the last financial crisis.

#6 Sales of luxury homes valued at $1.5 million or higher were down five percentduring the second quarter of 2019.

#7 The U.S. manufacturing sector has contracted for the very first time since September 2009.

#9 Gross private domestic investment in the United States was down 5.5 percentduring the second quarter of 2019.

#10 Crude oil processing at U.S. refiners has fallen by the most that we have seen since the last recession.

#11 The price of copper often gives us a clear indication of where the economy is heading, and it is now down 13 percent over the last six months.

#12 When it looks like an economic crisis is coming, investors often flock to precious metals.  So it is very interesting to note that the price of gold is up more than 20 percent since May.

#14 We just learned that Sears and Kmart will close “nearly 100 additional stores”by the end of this year.

#15 Domestic shipments of RVs have fallen an astounding 20 percent so far in 2019.

#16 The Labor Department has admitted that the U.S. economy actually has 501,000 less jobs than they previously thought.

#17 S&P 500 earnings per share estimates have been steadily falling all year long.

#18 Morgan Stanley says that the possibility that we will see a global recession “is high and rising”.

#19 Global trade fell 1.4 percent in June from a year earlier, and that was the biggest drop that we have seen since the last recession.

#20 The German economy contracted during the second quarter, and the German central bank “is predicting the third quarter will also post a decline”.

#22 Masanari Takada is warning that we could soon see a “Lehman-like” plunge in the stock market.

#23 Corporate insiders are dumping stocks at a pace that we haven’t seen in more than a decade.

#24 Apple CEO Tim Cook has been dumping millions of dollars worth of Apple stock.

#25 Instead of pumping his company’s funds into the stock market, Warren Buffett has decided to hoard 122 billion dollars in cash.  This appears to be a clear indication that he believes that a crisis is coming.

#26 Investors are selling their shares in emerging markets funds at a pace that we have never seen before.

#27 The Economic Policy Uncertainty Index hit the highest level that we have ever seen in the month of June.

#28 Americans are searching Google for the term “recession” more frequently than we have seen at any time since 2009.

The signs are very clear, but unfortunately we live at a time when “normalcy bias” is rampant in our society.

If you are not familiar with “normalcy bias”, the following is how Wikipedia defines it…

The normalcy bias, or normality bias, is a belief people hold when considering the possibility of a disaster. It causes people to underestimate both the likelihood of a disaster and its possible effects, because people believe that things will always function the way things normally have functioned. This may result in situations where people fail to adequately prepare themselves for disasters, and on a larger scale, the failure of governments to include the populace in its disaster preparations. About 70% of people reportedly display normalcy bias in disasters.[1]

For most Americans, the crisis of 2008 and 2009 is now a distant memory, and the vast majority of the population seems confident that brighter days are ahead even if we must weather a short-term economic recession first.  As a result, most people are not preparing for a major economic crisis, and that makes us extremely vulnerable.

In 2008 and 2009, the horrible financial crisis and the bitter recession that followed took most Americans completely by surprise.

It will be the same this time around, even though the warning signs are there for all to see.

The attack on the Saudi Arabia oil facility took out 5.7 million barrels per day of oil production. I’m wondering if now is the time that we see oil spike and the market fall.

I like how you find 57’s repeatedly. Is there a prophetic connection between 5.7 million barrels and oil prices spiking?

I haven’t heard a specific prophecy connecting the two. That number just seems to turn up in early in certain events that appear to be prophetic

Well we can only pray & seek the Father & as believers prepare the best we can..( ASK HIM FOR WISDOM IN OUR OWN SITUATIONS) try not to have many outstanding debts, have cash.. ?? grow some basics.. become self sufficient where we can. – cut back, don’t buy unnecessary items we do not really need. As with anything the main things: will be enough adequate clothing for where one lives.. ( climate depending), car or truck.. emergency clothing & footwear, dry goods, medicines & first aid kits, sleeping bags made of down preferably. bug out bags if needed in severe crisis & we have to leave on foot can’t quiet see that YET??!!

Food, H2O , clothing & shelter. depending on where we live & how the Lord directs each one of us.. Oh yes a Military torch or 2 or more would come in handy.

This would all be in the worst case scenario.. I was only looking around my own home & seeing what I could sell that I don’t really need. declutter.. I mainly have furniture, TV. my 2 sons have their own stuff & cars.. .but it is times like this it is what is really important – priorities.

Was reading & looking @ a couple of videos last evening..
1. Title was – Oct 31 The Storm is coming.. this is re Brexit date also for the UK. it is in a bit of a mess. Pictures telling the story on the front of the Economist 2019 magazine..( the world as it is.)

25 min video if anyone wants to look at explaining timeline of what could happen from Oct 31st – 10 th December 2019 ..& then I guess into 2020.. whilst I may not agree with the complete timeline of all that is mentioned – it is all still worth considering.

Main thing is not to Panic.. stay as calm as we can, & Trust in Our Lord Jesus Christ to deliver us all in the direst worst situations.- never give up or trade in our FAITH – WE WILL NEED JESUS & THE FATHER LIKE NEVER BEFORE.

LOOKS LIKE WE ARE THE GENERATION THAT WILL SEE ALL THINGS COME TO PASS.

Blessings & his peace that surpasses all understanding. in all our ways acknowledge him & HE will direct our paths.

it could just require 1 single event that will cause a chain reaction thru all financial institutions.

It’s interesting (and scary) waiting to see when our economy will fall. My husband is a General Contractor on the Front Range of Colorado. Right now, he has so much work that he wishes he could clone himself. There is a Boom right now in the Denver Metro Area – not enough skilled people to fill job slots. Too many help wanted signs for service entry jobs and not enough people to fill those jobs either.

Yet, I know the Boom is going to go Bust. We didn’t fall to Rock Bottom in 2007/2008’s Great Recession. The banks were to big to fail so they were bailed out with QE fiat money from the Federal Reserve. We, the People are left holding those empty bags filled with IOU’S that will enslave younger people for generations to come. Our debt is in the 20 TRILLIONS and still continues to sky rocket – have to be honest – I thought this would stop with President Trump. I am concerned that he continues to drive up the debt, and it makes me wonder if there is anyone that is President will enact the will of the people. Beginning to doubt that this will ever happen again.

There is another ghost in this economic machine that needs to be discussed: Derivatives. Banks across the world are interconnected with other banks AND world governments. When the Derivative Casino eventually goes bust, the dominoes will cause an economic crash that hasn’t been witnessed in our world. This angers me because bankers are using banks as casinos to bet on winners and losers while banking customers are on the hook for whatever loss comes from the bet. It’s like the Housing Bubble burst of 2007/2008 and the sub prime mortgages (junk basically) that were bundled and sold to unsuspecting financial houses. Deustche Bank of Germany (one of the largest holders of Derivative Debt) is in trouble and will eventually cause the German Republic its worst ever economic crash – this in turn will pull Greece, Ireland, Portugal, Spain and several other EU nations down with it.

Economic Chaos isn’t a matter of if, but WHEN. We can read the signs, we can prepare, and most importantly, we can Stay Close to God.

Rob, I agree with you – no one is going to do the will of the people. Honestly thought Trump would but there are big campaign promises that are just lingering, some swirling down the drain. I do pray for him, to get rid of his pride and do God’s will. The Twitter fights bother me, the small, frivolous spats that our President should not embroil himself in. He has been raised by God for a reason although I will take Trump over Hillary -it seems we have a little bit more time to get our spiritual houses in order…