You are here: Home » Church » Apostasy » DISSECTING A PASTOR’S LETTER ABOUT THE MARK OF THE BEAST
Share this post: 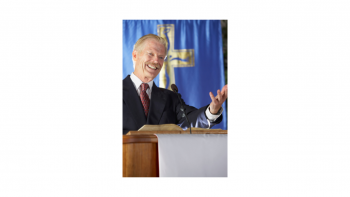 The end of 2021 came with mandates for healthcare workers and many other workplace sectors.

For those who refused the “COVID-19 vaccine” aka the “death jab” and claimed religious or medical exemption status was required to have a written statement from a pastor or medical doctor. I personally needed a “religious exemption” for my employer and only had 30 days to submit it. Or otherwise, be terminated per corporate’s policy. I prayed about it and the Holy Spirit led me to a YouTube channel, clicked on a video and read the description details. Its summary read, “if you need a religious exemption letter, email us with your name and mailing address and we will provide you with one.” At first, I was reluctant because I had not been on this particular channel in so long. But the Holy Spirit urged me to, so I emailed them and received the exemption letter for work in 3 weeks. I am glad that I did because I definitely was not expecting this type of letter BUT exposure is needed in this hour.

I previously discovered this particular YouTube channel over 2 years ago. During that time, I had recently re-dedicated my life to Christ and was searching for sermons, prophetic words, dreams, prophecy etc. This was one of my first lessons in having spiritual discernment. This ‘pastor’ would cover main topics in our world today, Bible scriptures and prophecy. There are some Christians who do celebrate the Feasts of the Lord; such as Passover, Pentecost, Feast of Trumpets (Rosh Hashanah) and the Day of Atonement (Yom Kippur). But I began to have an uneasy feeling about him because he began telling listeners/followers that Jesus was coming during a particular season. As a matter of fact, he was bold enough to say during Rosh Hashana Friday, September 18 2020-Sunday, September 2020 “the Lord will return and we need to be ready.” Even playing the “Shofar sound” at the beginning of every one of his videos. To someone who is spiritually blind and deceived will believe that he is ‘hearing from God.’ This is so dangerous to set any date! Not only did he set dates, he also had a full-color chart to go along with it. And yes, anyone may receive one of the pictorial charts, just provide your name and address via email.

That was 2 years ago, and two more Rosh Hashanah’s have passed since then. The most recent one was Sunday, September 25, 2022 at sunset and ended Tuesday, September 27, 2022 at sunset. At the time of this writing, I went on this channel again and he continues to set dates for the Lord’s return. The name of his channel has also changed several times with even now calling himself a ‘prophet.’ One of the recent videos was titled “The Lord has delayed His return.” On another note, he has 40k+ subscribers. This is also a concern because he is leading the sheep astray. How many of them are actually believing and following everything he says? Some are new babes in Christ and really need to know the true word of God and not false doctrine.

1 Peter 2:2 KJV As newborn babes, desire the sincere milk of the word, that ye may grow strong thereby.

Matthew 24:36 KJV, “But of that day and hour knoweth no man, no, not the angels of heaven, but my Father only.”

2 Corinthians 11:13 KJV For such are false apostles, deceitful workers, transforming themselves into the apostles of Christ.

In or around July 2022, I received a letter from the same ‘pastor’ asking for a donation. But what was most disturbing about this letter is that he claims the “vaccine” to be the Mark of the Beast.

The letter reads as follows:

We over the last 18 months have watched many prophetic things come to pass. With the seals of Revelation 6 now open we fully understand that the Wrath of Jesus Christ is now taking place.

The First Seal is wide open which is the Beast with the Bow in his hand, as we all know by now it is the Greek word; toxon. We fully understand that this is the Vaccine which is also known as the Mark of the Beast.

The Second Seal is peace leaving the earth and as we all see this is not only true in the wars we are now seeing it is also true in the hearts of men. Just as the scripture states men are now killing each other.

Then we see the Third Seal also open which is the Beast with balances in his hand. This translates in the Greek to the word zugos; which is a yoke of bondage. The world is now yoked to the beast system as never before.

I believe as many do that the mandates will return like never before.

We here at the Church at the Ranch are now getting request after request for places for people to stay.

Many have given up jobs and lifestyles because they are dedicated to Christ and refuse to take the Vaccine. They know that it is the Mark of the Beast and will not put their eternity at risk.

We are asking you to help us at this time with funding to finish the RV Park and even add more cabins for people to stay in.

As I write this letter we have a homeless woman on her way here from San Francisco. She is an RN and has given up everything refusing the Vaccine and has refused to even give the Vaccine.

Because the cabins and laundry mat are not finished yet we are welcoming her into our home later the evening.

Many more are contacting us for a place to stay. Some are in big cities that they say are in civil chaos.

Matthew 24:12 And because iniquity shall abound, the love of many shall wax cold.

If it comes down to it and you need a place to stay this summer we do have RV spaces available.

We are just asking for you to do what you can to help.

You can send a donation to:

Anything you can do will be appreciated.

So many things are wrong with this letter, in fact it is dangerous for those who are innocently believing this.

1. Indeed, the Lord has instructed some of His children to help prepare for places of refuge/sanctuaries in the future. These are also known as ‘safe havens.’ Is this pastor doing this ‘RV Park and cabins project’ for his own pride, self-will and purpose?

2. The letter mentions many people are contacting them for a place to stay.
Have any of these people truly prayed about their moving situation? Is the area safe? How will they survive?

3. When I last checked (10/13/2022) this YouTube page, he has 40k+ subscribers. The name of his channel has changed numerous times from Pastor/Watchman to Pastor/Prophet to Revelation.

4. Did the homeless RN not obtain a ‘religious exemption letter?’
California is a big state and I am sure many other nurses’ have not taken or given the ‘vaccine’ but may have had to seek other employment or submit an exemption letter. And she gave up her ‘lifestyle’ to now do what?

5. How is the vaccine the Mark of the Beast?
-The Antichrist has not taken stage.
-We are still able to buy and sell.
-Most people are still able to work.
-Everyone dwelling on earth at that time will be given a choice to worship the beast or refuse.

Revelation 17:8 KJV-The beast that thou sawest was, and is not; and shall ascend out of the bottomless pit, and go into perdition: and they that dwell on the earth shall wonder, whose names were not written in the book of life from the foundation of the world, when they behold the beast that was, and is not, and yet is.

1 John 4:1 KJV -Beloved, believe not every spirit, but try the spirits whether they are of God: because many false prophets are gone out into the world.

Daniel 12:4 KJV- But thou, O Daniel, shut up the words, and seal the book, even to the time of the end: many shall run to and fro, and knowledge shall be increased.

PLEASE BE AWARE. THERE COULD BE OTHERS RECEIVING THESE TYPE OF LETTERS. AND IN ALL WORDS/WARNINGS, TAKE IT TO THE LORD IN PRAYER!