You are here: Home » Prophecies » 2020 Prophecy Update Part 1: The Year of the Sword 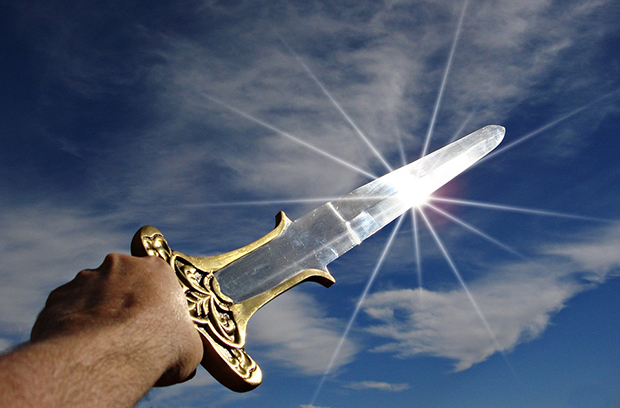 In this video, I reveal what the Lord has given me regarding the year 2020 and how you are to prepare for what’s ahead. Scripture given is Matthew 13. Don’t be fooled by those saying “Peace and Safety”, for danger lies ahead.

Mena Lee Grebin is a end-prophetess and overseer of Faithful Walk Healing Ministries, which was founded in 2007. Born and raised in Chicago, Mena began having spiritual encounters and heavenly visitations at only the tender age of six. At the age of seven, her calling was revealed to her parents by a prophetess sent to mentor her mother. Through the unction of the Holy Spirit, specific instructions were given on how to raise Mena; which was told would prepare her for a powerful ministry that would be quote, “That of the last days before the return of Christ.” Mena later received the fire-baptism of the Holy Spirit at the age of fifteen. In 2007, the Lord instructed Mena to sell everything and relocate to Charlotte, North Carolina, where He would teach her how to ‘bring water to the desert.’ And now, for over a decade, the Lord has used her in touching the lives of people who are in need of forgiveness, deliverance and healing. Mena Lee Grebin is an ordained prophet and minister. Her spiritual covering and accountability is through Bishops Ralph and Margaret Parker of River of Life Family Church, who’s founder is the late Dr. Lester Sumrall. Mena has Jewish roots through maternal grandparents, from the tribe of Levi.

My husband had a dream about the draft Mena speaks of here. He said in the dream he was going to war and knew he only had a 50% chance of survival. Right now he is in his early thirties. Around the same time, he also had a dream of Washington D.C. completely submerged under water. He didn’t believe these were prophetic but he also rarely has dreams that he remembers and he said these felt so real it was like they actually happened.

The word sword in the title reminded me of an old dream posted here: https://z3news.com/w/beast-arisen-from-sea/#comment-71224
thanks for this video.

Great, thanks for the feedback Phil.