You are here: Home » Church » Mighty Ones » 2018 is the Year of the Open Door: a Royal Priesthood Arises 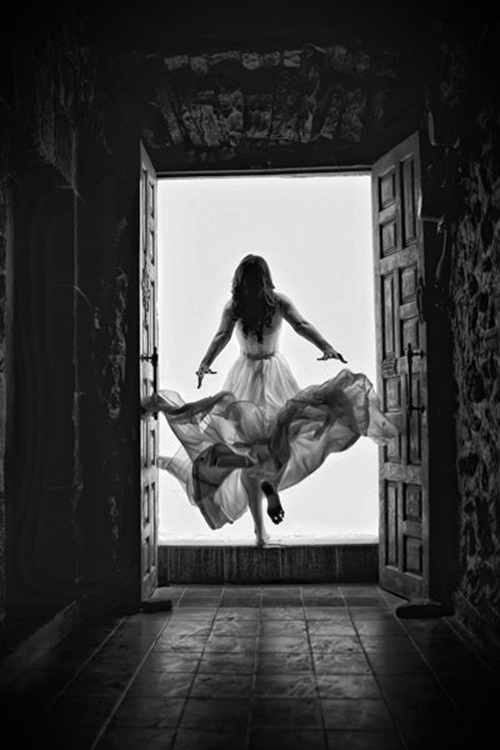 But you are a chosen race, a royal priesthood, a holy nation, a people for his own possession, that you may proclaim the excellencies of him who called you out of darkness into his marvelous light. (1 Peter 2:9 ASV)

But you are a chosen race who serve as Priests for the Kingdom, a holy people, a redeemed assembly; you should proclaim the praises of him who called you from darkness into his excellent light. (1 Peter 2:9 AN)

The open door is here and His royal priesthood has been positioned like John to hear the war trumpet call,”Come up here, for I will show you the things to come.” (Revelation 4:1)

Revelation 4:1 will manifest in those who are hungering and thirsting for His presence. They will hear the “war trumpet” of the spirit calling them upward. That upward call is the call to be one with our High Priest Jesus who is ever living to make intercession for us.

Great gatherings of His mature sons and daughters are going to spring up spontaneously by the Lord as He says, “I need you in this city to pray, or I need you in that city or town to pray.”

They will gather together by the spirit of Jesus, our true “intercessor and only mediator” between the Father and us. God’s will is going to be released in power and demonstration through full grown apostolic and prophetic people in tune with the Holy Spirit’s true desires.

Intercession of the highest level of the Kingdom is about to come forth which will cause cities to repent and call on the name of the Lord. God is going to bring order out of all the confusion that is in the land at this moment in time.

A divine alignment has come, a realigning of God’s people has come so He can place the body of Christ together as He desires and needs, with each part supplying what the other needs.

An army of prophetic intercessors is being gathered now with the psalmist, minstrels and dancers to open up the heavens for the Open door to manifest on earth as it is in heaven.

He is going to bring His people to the “up here” heavenly place of being seated with Him so He can show the things that are to come on the earth. He is going to speak His prophetic word, give open visions and night visions of what He wants done in individuals, families, neighborhoods, cities and towns.

This upward call will bring the deepest intimacy we have ever known with the Lord. Truly they will see that there is a people who will be one with the Lord in His outworking on the earth.

Times of great fasting and transformational intercessory prayer will come forth in 2018 as He gathers His intercessory/worship army together as in Joel chapter 2 spontaneously. This call to fast and pray will cause His body to separate themselves unto the Lord for His holy purposes. This fasting and prayer will shake and transform cities, regions and nations with the glory of God. It will cause those in authority, even worldly leaders, to shake and tremble by the presence of the Lord that will be revealed in their midst.

The wheel within a wheel is taking shape and form in 2018 and will come forth as Ezekiel prophesied, a people so in tune with the movements of heaven that they will transform the earth with the glory of God.

January will be a very important month of 2018 because a “new and deeper foundation” of being in Christ, and Christ in us, will become a kingdom reality never seen on the earth before. It is being laid for a tremendous harvest to come forth.

An outpouring of greater grace is coming in 2018. Where sin abounds, grace will MUCH MORE ABOUND. We are going to see the manifestation of the “grace to it, grace to it” for the Hand that started this work in us is going to finish us in power and glory.

Where there was failure and stumbling in their walk with God will come victory and maturity by a supernatural outpouring of the Spirit that is going to start being released in January 2018 that will accelerate the finishing work of the Lord in those that will receive it.

There is going to be a transformational shift in the youth and teens and young adults in 2018. Those that seem far away are going to come near. The Lord has sent His messenger into the highways and byways with a compelling word to “Come, for all things are now ready.”

The youth, teens, and young adults are going to be the first ones to heed the call. As they say, “Yes Lord” God is going to mature them into full grown sons and daughters in an instant. They are going to be set in divine order in the house of God and they will be in the forefront of what the Lord desires to do on the earth.

God is going to send them out to transform the cities and nations of the world as He fills them with His glory, which will be seen upon them like no one has ever seen before. They are His glory bringers. They will bring signs, wonders, healing, and miracles to places no one would ever go.

They will be full of tattoos and piercings, but they will be a mighty army of the Lord that will reach their generation in the power and glory of the Lord. They have suffered much at the hands of the enemy. Now the Lord has come to deliver them from their oppressors and raise them up like David’s mighty men to transform the earth.

The Lord is with them. The Lord is in them, and out of the mouth of babes and sucklings God has ordained praise.

The Lord’s intercessory army is being positioned now to go to strategic places to open the heavens so the open door will be made manifest to bring all this about.

They will hear His voice. They will come and follow Him. They will be true disciples. The heavens will not be like brass, for they will repent for themselves and this nation and He will move powerfully in their midst. 2nd Chronicles 7:14 will be their battle cry.

An open heaven has come. The promise to the Philadelphia church in Revelation is here for the maturing sons and daughters of God. He has opened a door no man can shut! He has called us up. The day of the horizontal church age has ended and the vertical Kingdom age has come in our midst.

Arise and shine! The light has come! The Glory of the Lord shall be seen upon us!

Pastor Henry and Donna Falcone are overseers of Flame of Fire Ministries, which operates several Bible and discipleship training schools and conducts local church conferences designed to help churches grow in the love of the Lord, power evangelism, worship ministry, and intercessory prayer.

Praise God. Let it be unto me according to Your Word, Lord!

Yes, I feel in my spirit that Joel 2 is going to be manifesting soon!! This is going to be the year for the Bride, along with a great harvest, as HIS remnant children prepare for HIS coming! Hallelujah!

This sets a fire burning in my spirit. I can’t wait to see everything unfold!

In May 2008, two of my prophetic intercessor friends and I had subsequent dreams about three doors. These dreams were within a few days of one another and then to top it off, one day we were doing a prayer walkthrough at our church and lo and behold in the hallway were three exact doors lined up again the wall. We had been crying out for our dry, dusty denominational church to come alive. Alas, we have since left that church for a spirit filled gathering, but we are revisiting 2008 because we believe the divine completion (10 years) of some promises from that year are in the making for 2018! This is a great word. I received Hosea 2:14-15 a while back which states, God’s Mercy on His People
14
“Therefore, behold, I will allure her,
Will bring her into the wilderness,
And speak comfort to her.
15
I will give her her vineyards from there,
And the Valley of Achor as a door of hope;
She shall sing there,
As in the days of her youth,
As in the day when she came up from the land of Egypt.

Wonderful sermon on passing God’s tests for each of us individually:
http://www.warriorsforchrist.co.za/It's%20Time%20for%20Change%202017.mp3
It is Time to Change 2017

This word confirms so much in my spirit and visions God gave me and I also believe so strongly this year we will see it start to manifest a generation of Transformers. Lord helps us to be set apart and holy for your glory.

Great word. I’ve been reading a book about practical ways Christians can be the royal priesthood. Give it a google: ONE: Unfolding God’s Eternal Purpose From House To House by Henry Hon.