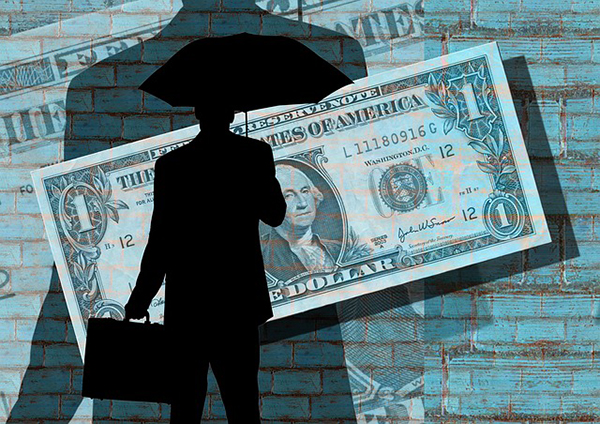 There is much debate about where the U.S. economy is ultimately heading, but what everybody should be able to agree on is that economic conditions are significantly worse this year than they were last year.  It is being projected that U.S. economic growth for the first quarter will be close to zero, thousands of retail stores are closing, factory output is falling, and restaurants and automakers have both fallen on very hard times.  As economic activity has slowed down, commercial and consumer bankruptcies are both rising at rates that we have not seen since the last financial crisis.  Everywhere you look there are echoes of 2008, and yet most people still seem to be in denial about what is happening.  The following are 11 facts that prove that the U.S. economy in 2017 is in far worse shape than it was in 2016…

#1 It is being projected that there will be more than 8,000 retail store closings in the United States in 2017, and that will far surpass the former peak of 6,163 store closings that we witnessed in 2008.

#2 The number of retailers that have filed for bankruptcy so far in 2017 has already surpassed the total for the entire year of 2016.

#5 Restaurants are experiencing their toughest stretch since the last recession, and in March things continued to get even worse…

Foot traffic at chain restaurants in March dropped 3.4% from a year ago. Menu prices couldn’t be increased enough to make up for it, and same-store sales fell 1.1%. The least bad region was the Western US, where sales inched up 1.2% year-over-year and traffic fell only 1.7%, according to TDn2K’s Restaurant Industry Snapshot. The worst was the NY-NJ Region, where sales plunged 4.6% and foot traffic 6.3%.

This comes after a dismal February, when foot traffic had dropped 5% year-over-year, and same-store sales 3.7%.

#6 In March, U.S. factory output declined at the fastest pace in more than two years.

#7 According to the Bureau of Labor Statistics, not a single person is employed in nearly one out of every five U.S. families.

#9 Nearly all of the big automakers reported disappointing sales in March, and dealer inventories have now risen to the highest level that we have seen since the last recession.

#10 Used vehicle prices are absolutely crashing, and subprime auto loan losses have shot up to the highest level that we have seen since the last recession.

#11 At this point, most U.S. consumers are completely tapped out.  According to CNN, almost six out of every ten Americans do not have enough money saved to even cover a $500 emergency expense.

Just like in 2008, debts are going bad at a very alarming pace.  In fact, things have already gotten so bad that the IMF has issued a major warning about it…

In America alone, bad debt held by companies could reach $4 trillion, “or almost a quarter of corporate assets considered,” according to the IMF. That debt “could undermine financial stability” if mishandled, the IMF says.

The percentage of “weak,” “vulnerable” or “challenged” debt held as assets by US firms has almost arrived at the same level it was right before the 2008 crisis.

We are seeing so many parallels to the last financial crisis, and many are hoping that our politicians in Washington can fix things before it is too late.

On Monday, the most critical week of Trump’s young presidency begins.  The administration will continue working on tax reform and a replacement for Obamacare, but of even greater importance is the fact that if a spending agreement is not passed by Friday a government shutdown will begin at the end of the week…

Trump has indicated that he wants to tackle the repeal and replacement of Obamacare and introduce his “massive” tax plan in the next week, all while a shutdown of parts of federal government looms Friday.

By attempting three massive political undertakings in one week, investors will have a sense of whether or not Trump will be able to deliver on pro-growth policies that would be beneficial for markets.

If Trump can pull off the trifecta, it could restore faith that policy proposals like tax cuts and infrastructure spending are on the way. If not, look out.

Members of Congress are returning from their extended two week spring vacation, and now they will only have four working days to get something done.

And I don’t believe that they will be able to rush something through in just four days.  The Republicans in Congress, the Democrats in Congress, and the Trump administration all want different things, and ironing out all of those differences is not going to be easy.

For example, the Trump administration is insisting on funding for a border wall, and the Democrats are saying no way.  The following comes from the Washington Post…

President Trump and his top aides applied new pressure Sunday on lawmakers to include money for a wall on the U.S.-Mexico border in a must-pass government funding bill, raising the possibility of a federal government shutdown this week.

In a pair of tweets, Trump attacked Democrats for opposing the wall and insisted that Mexico would pay for it “at a later date,” despite his repeated campaign promises not including that qualifier. And top administration officials appeared on Sunday morning news shows to press for wall funding, including White House budget director Mick Mulvaney, who said Trump might refuse to sign a spending bill that does not include any.

And of course the border wall is just one of a whole host of controversial issues that are standing in the way of an agreement.  Those that are suggesting that all of these issues will be resolved in less than 100 hours are being completely unrealistic.  And even though the Trump administration is putting on a brave face, the truth is that quiet preparations for a government shutdown have already begun.

The stage is being set for the kind of nightmare crisis that I portrayed in The Beginning Of The End.  The stock market bubble is showing signs of being ready to burst, and an extended government shutdown would be more than enough to push things over the edge.

Let us hope that this government shutdown is only for a limited period of time, because an extended shutdown could potentially be catastrophic.  In the end, either the Trump administration or the Democrats are going to have to give in on issues such as funding for Obamacare, the border wall, Planned Parenthood, defense spending increases, etc.

It will be a test of the wills, and it will be absolutely fascinating to see who buckles under the pressure first.

Well nothing seems to matter , the members of congress took an extended 2 week vacation.

I own my own business and have not taken a 2 week vacation in over 20 years. Why? Because i pay my bills with money I have to earn , not print.

A good guide to Currency war being waged today.
https://wealth.goldmoney.com/research/goldmoney-insights/americas-financial-war-strategy.
This is similar to arguments made by Martin Armstrong as to why he feels Dow will double before year end.

Just curious how many of the retail closings are due to online shopping including Amazon and Walmart. Don’t have the answer, however it does create spaces for churches, (choice-based) schools, community groups and others.

Anyhow, enjoyed the reading, it is great to see the detailed trend information.

There are details I am missing but the surge in available commercial real estate may be a blessing for some anyway.

I heard DAVE HODGES on “The Common Sense Show” state recently that
8,640 stores in America would be closing in 2017.

There is a strong chance in my opinion that the empty retail spaces will be used as distribution hubs and order replacement and processing outlets for large online companies. They could offer discounts for self pickups which could easily be automated to absorb the discount rates on orders.

I had a vision several weeks ago, where the Lord showed me the names of several companies that trade in the stock market and one name was highlighted General Motors.

I did a little research and GM reports earnings this Friday the 28th. This will surely be an intersting week to watch.